By: Frédéric Giuliano February 6, 2020 From the Stacks 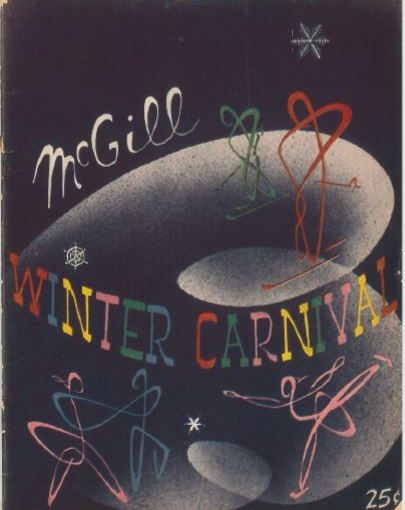 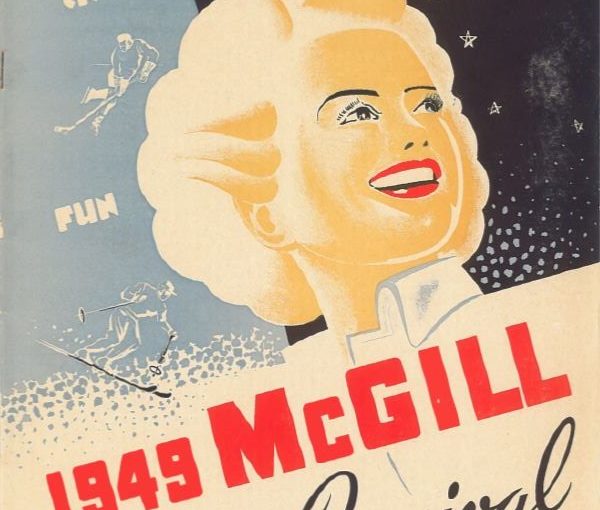 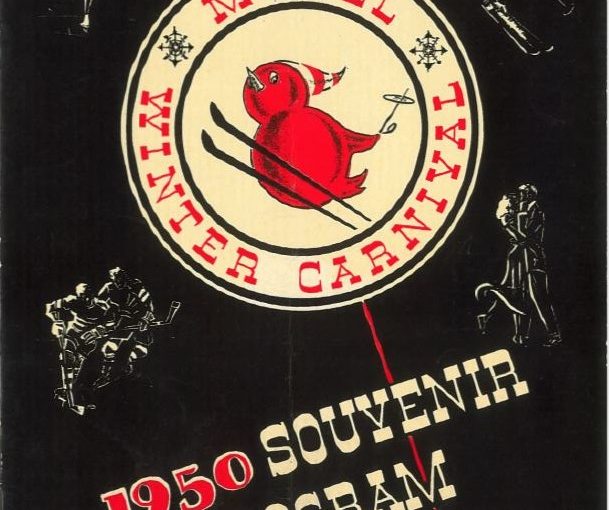 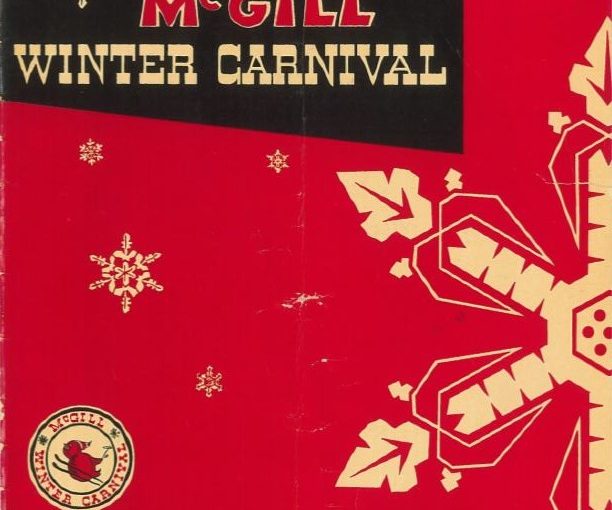 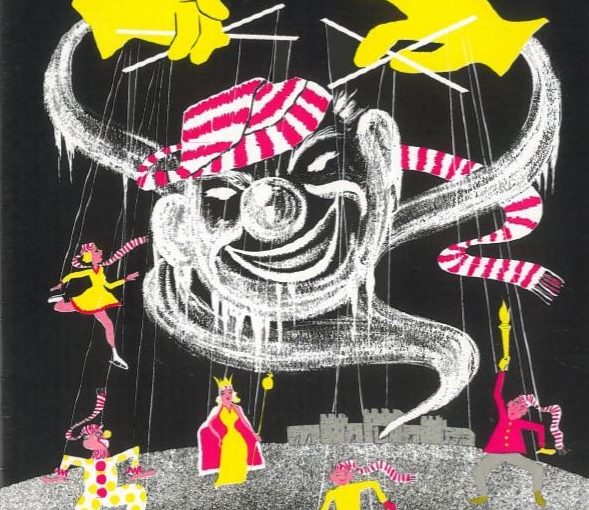 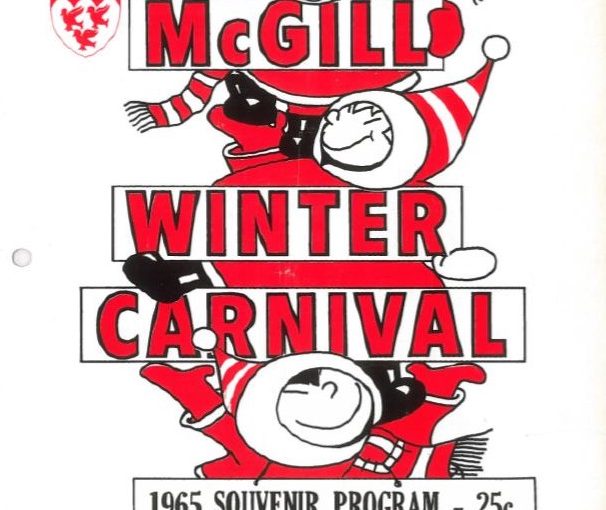 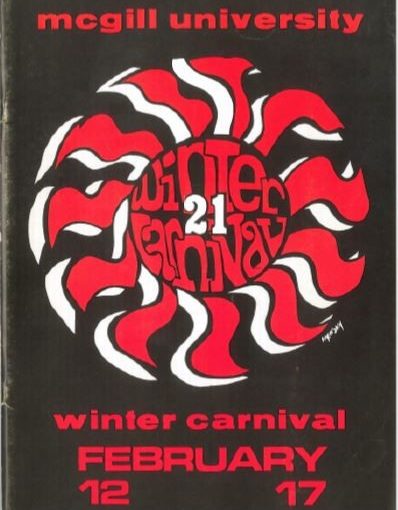 A patron recently asked me to retrieve all of the programs we had for the McGill Winter Carnival. As a 2020 McGill student, when I heard “winter carnival” I mostly thought of college students in anthropomorphic onesies, playing drinking games for a week. Until I began pulling the programs in our collection, I had no idea that McGill was once home to the largest university-based carnival in North America (McGill Winter Carnival Souvenir Program, 1951, 2-3). 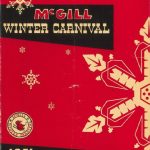 In the spring of 1947, the McGill Outing Club began to “arouse enthusiasm” on campus for the creation of a winter carnival on campus (McGill Winter Carnival Souvenir Program, 1948, 6). With the Outing Club as the primary organization sponsor, an extensive bureaucracy of committees were created to plan the event (McGill Winter Carnival Souvenir Program, 1948, 34-35). The 1948 carnival program credited the Student Society and the Department of Athletics as the main event planners. Created under the approval of the administration, the carnival was partially intended to raise publicity for McGill winter sports. The first official McGill Winter Carnival took place February 19, 1948, with a full schedule of both sporting events and recreational activities for the community to enjoy. It was a six-day festival and included activities such as a Grand Carnival Ball with live music, a crowning of the Carnival Queen, and an ice sculpture viewing (Students’ Society Nominating Committee, McGill Daily, September 27, 1984, vol. 74, no.06.). 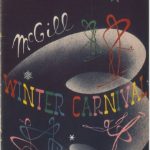 Initially, students modeled the McGill carnival after Dartmouth’s winter carnival, using a budget of $20,000. The 1950 program refers to the McGill Winter Carnival as the “largest undertaking ever attempted by the students of any North American University.” However, after an initial deficit in revenue, students decided to downscale in 1951. The McGill Outing Club was distanced from the event, as many felt that this smaller organization could not handle the weight of being the main event sponsor. Because of a lower initial budget and the introduction of a Publicity Committee to draw a wider Montreal community, the carnival went from a deficit of $5,000 to a net profit of $3,200. In the years to come, planning committees added new activities to the schedule, such as the torchlight parade, a fashion show, and a cabaret McGill Winter Carnival Souvenir Program, 1948, 34-35). 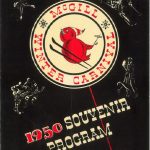 Throughout the past two decades, there appears to have been numerous events, which refer to themselves as the “winter carnival,” though none resembles the original form. As of January 2020, the McGill Debating Union has been holding a debate tournament fundraiser, which they refer to as the Winter Carnival, for 70 years. As aforementioned, the most well-known current “McGill Carnival” is the annual weeklong drinking event, organized by the Management Undergraduate Society (MUS) each January. This event operates as a cancer research fundraiser; in 2019, the MUS’s Winter Carnival and Cancer Auction together raised $57,000 for the Canadian Cancer Society. MUS also organizes a Winter Carnival hockey game, similar to those that occurred during the old McGill Winter Carnival (Zukerman, Earl, “Twitter Shines Spotlight on Diamond at McGill’s 14th Annual Winter Carnival Game, Jan. 15,” in McGill Athletics News ). January 2020 was the 18th annual event.

It has been 72 years since the first McGill Winter Carnival came into fruition; what we have today looks nothing like the original groundbreaking event. Maybe 72 years from now, the Open Air Pub will come to a tragic end, or perhaps the “Iron Rink” will be rebuilt into the largest hockey rink in Quebec. At an old institution such as McGill, it is exciting to see how university traditions and events evolve over time.