The Black Whale Cookbook: An artistic reflection of Gaspé summers gone by

“So the Black Whale is getting out a cook-book! – Well, why not?” begins Alice Lighthall, the President of the Quebec Provincial Branch of the Canadian Handicrafts Guild in the Preface to the Black Whale Cookbook. 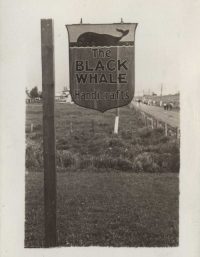 An initiative born of the efforts of Montreal Anglophone women who summered in Percé, in the Gaspé region of Quebec, the “Black Whale” was a craft shop established in 1938 that published a delightful cookbook of the same name in 1948.  While the reason for the name “Black Whale” remains a mystery (the meeting minutes from 1934 merely say that the name was “decided upon”) it is one that amused the tourists.

The shop was run by the Percé Handicraft Committee, under the long-standing leadership of Ethel Renouf in her capacity as President. The Black Whale was far more than an ordinary shop, acting not only as “the centre of a…revival of local arts, in and around Percé,” through its support of local artists, creating a market for hand-made products, but also of charitable endeavors and even, inadvertently, of matchmaking”. 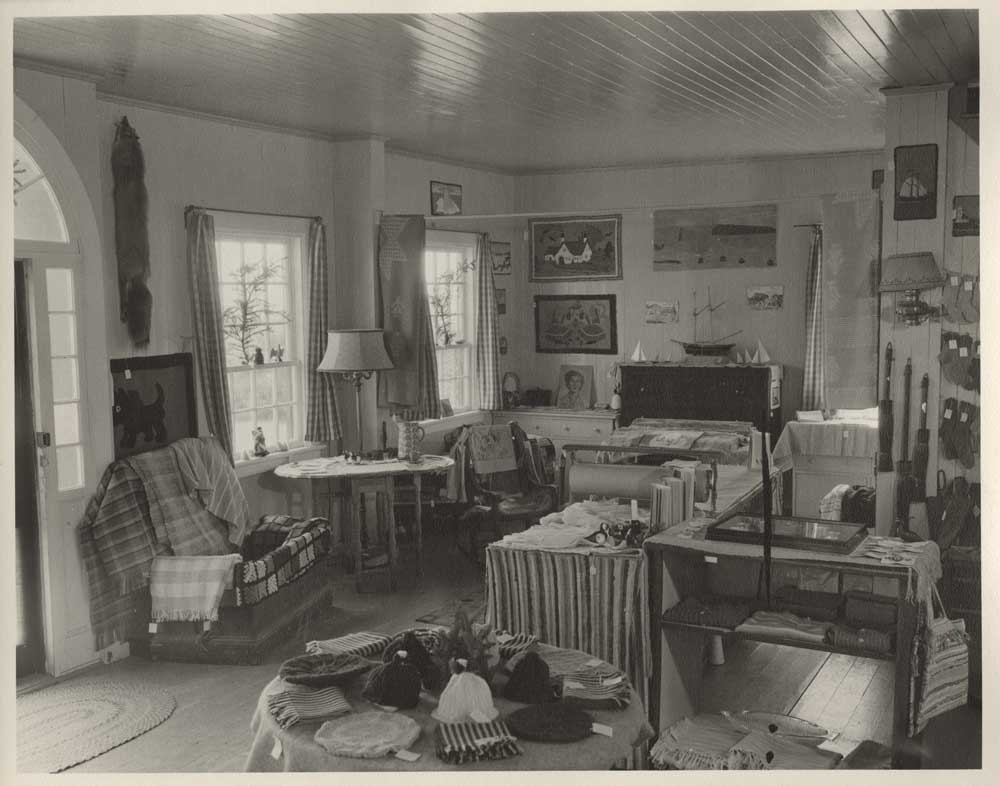 The shop likewise sponsored a few publications including the Black Whale Cookbook, which is the product of the wonderful contributions of a group of women and especially the efforts of Ethel Renouf who compiled the cookbook. She herself contributed a few recipes such as “Cabbage Bread” and “Strawberry Jam,” the latter of which was a product often sold in the store. Another notable contributor is Phyllis Birks, an active member of the Percé Handicraft Committee who not only edited the volume but also saw to its publishing in 1948. Phyllis was married to Gerald Birks of the wealthy Montreal jewelry-store family and often summered in Percé at “Captain’s Cottage.” Incidentally, all recipes she contributed are signed as her summer cottage rather than in her own name.

A snapshot of vintage Gaspé 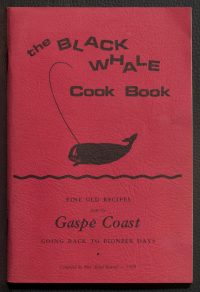 The Cookbook itself is a truly charming publication, full of gems for readers then and now. Its writing style and touristy introduction to the Gaspé region evokes a sense of nostalgia for a bygone era as well as offers a window into the landscape, culture, and foodways of the Gaspé coast. Rife with woodcut illustrations, the cookbook contains everything from poetry to colourful descriptions of the Gaspé, as well as classic recipes reflective of the local flavour.

The cookbook captures the local culture and art that the Committee sought to promote. Recipe names such as “Chowder for a Foggy Day,” “Bonaventure Cod Tongues,” and “Luncheon Trout at the Stream” recall the Gaspé landscape while the section titled “Grandma’s Spare Time,” devotes itself to home-made remedies that recalls simpler times in the region with nostalgia. Though the recipes are largely contributed by the Anglophone “summer people,” a section on “Famous Old French Canadian Recipes in the original French” pays tribute to the local Francophone culture and population. 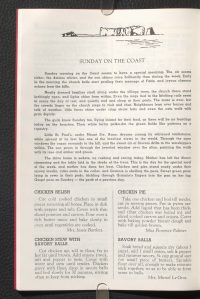 Interestingly, a great number of the contributed recipes include “Gaspé” in their name such as the “Gaspé Frozen Pudding” and the “Cod—‘A la Gaspé” connecting the food to the landscape. The cookbook likewise invokes a sense of lore through its claim on the title page that these are “famous old recipes handed down from mother to daughter” and through the book’s subtitle “Fine old recipes from the Gaspé coast going back to pioneer days.” Rather than being arranged by courses, the recipes are organized according to themes such “The Out Door Oven – And Home Made Bread” or occasions such as “Celebration.” The delightfulness of this cookbook was not lost on shop patrons as it was one of the Black Whale’s most popular items. 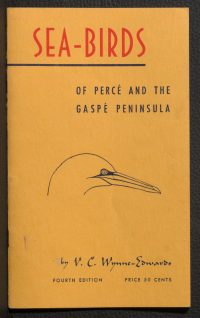 The cookbook’s charm also extends to the fine woodcut illustrations that can be found throughout and are contributed by V. C. Wynne-Edwards, famed Canadian artist demonstrating the Percé Handicraft Committee’s continued support of Canadian artists. The woodcuts are clearly illustrated in three unique styles; the various woodcuts of birds, for example, are done by Wynne-Edwards. 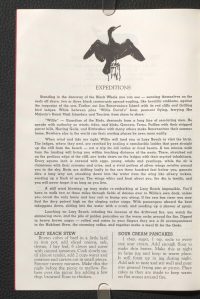 Wynne-Edwards, a Professor at McGill University who summered in the Gaspé for many years, had previously published a fascinating little book entitled Sea-birds of Percé and the Gasp with the Black Whale craft shop prior to the publication of the Cookbook that was meant to promote natural science and wildlife of the region. The woodcut illustrations of his used in the Black Whale Cookbook were previously used in Wynne’s earlier publication, such as that of the double-crested cormorant re-purposed in the cookbook for the “Expeditions” section. Beyond this, Wynne-Edwards also designed the lovely bookplate below which, though not used for the cookbook, is a beautiful example of his style of drawing and talent. 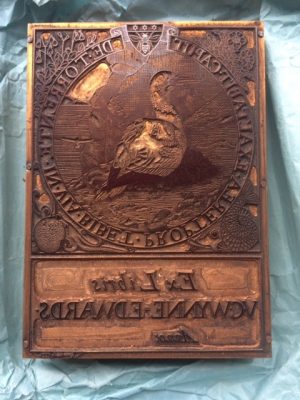