Rare Books and Special Collections of the McGill Library owns signed material by one of the most talked about ship Captains ever to exist:  Sir John Franklin (1786-1847).  These are exciting relics in light of the recent discoveries by the Parks Canada archaeologists and Inuit researchers of the major excavation of the Terror. Two ships, HMS Erebus and HMS Terror, were part of Sir John Franklin’s doomed expedition in 1845 to find the Northwest Passage from the Atlantic Ocean to Asia. The ships disappeared after they became locked in ice in 1846 and were missing for more than a century. Franklin commanded the expedition from the Erebus and is believed to have been on the ship when he died.

We are fortunate to retain authenticated artefacts owned and held by Franklin here in the McGill Library, such as the important first edition of his first voyage.

Our copy is unique by the presence o 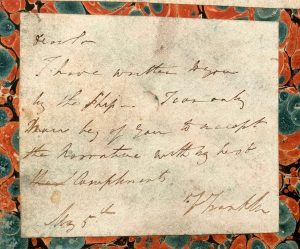 f an autographed note from Franklin in which the transcription is nearly complete: TO Willard Ferdinand WENTZEL, a fur trader who had aided Franklin by hiring guides and hunters for the expedition when they were at Great Slave Lake July 1820:  “Dear Sir,… I have written you by the (Shipxxxx  ?). I can only now beg of you to accept the narrative with my best compliments.     [signed] J. Franklin  May 5th [1823?]”

Over 300 arctic travels on our shelves… 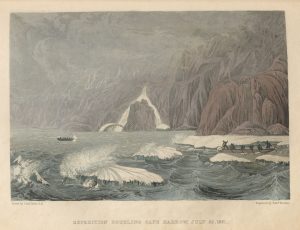 Besides the many signed letters to be explored shortly,  McGill Library houses both of Franklin’s voyages to the arctic in their original published forms, but has also key explorers such as Beechey who had once served on a John Franklin voyage in 1818, and books about James  Ross, and William Edward Parry who attempted similar or even earlier crossings through a Northwest passage.

The Library’s collection supports the efforts of numerous McGill professors and programs researching the climate and history of the Canadian arctic. 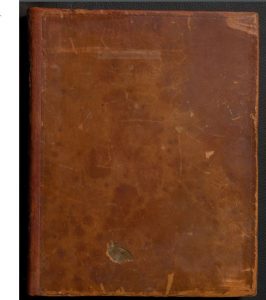 The cover has survived  polar storms.   Click to read. 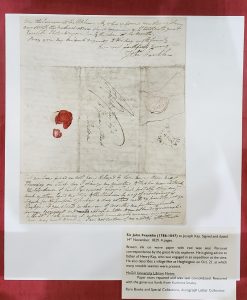