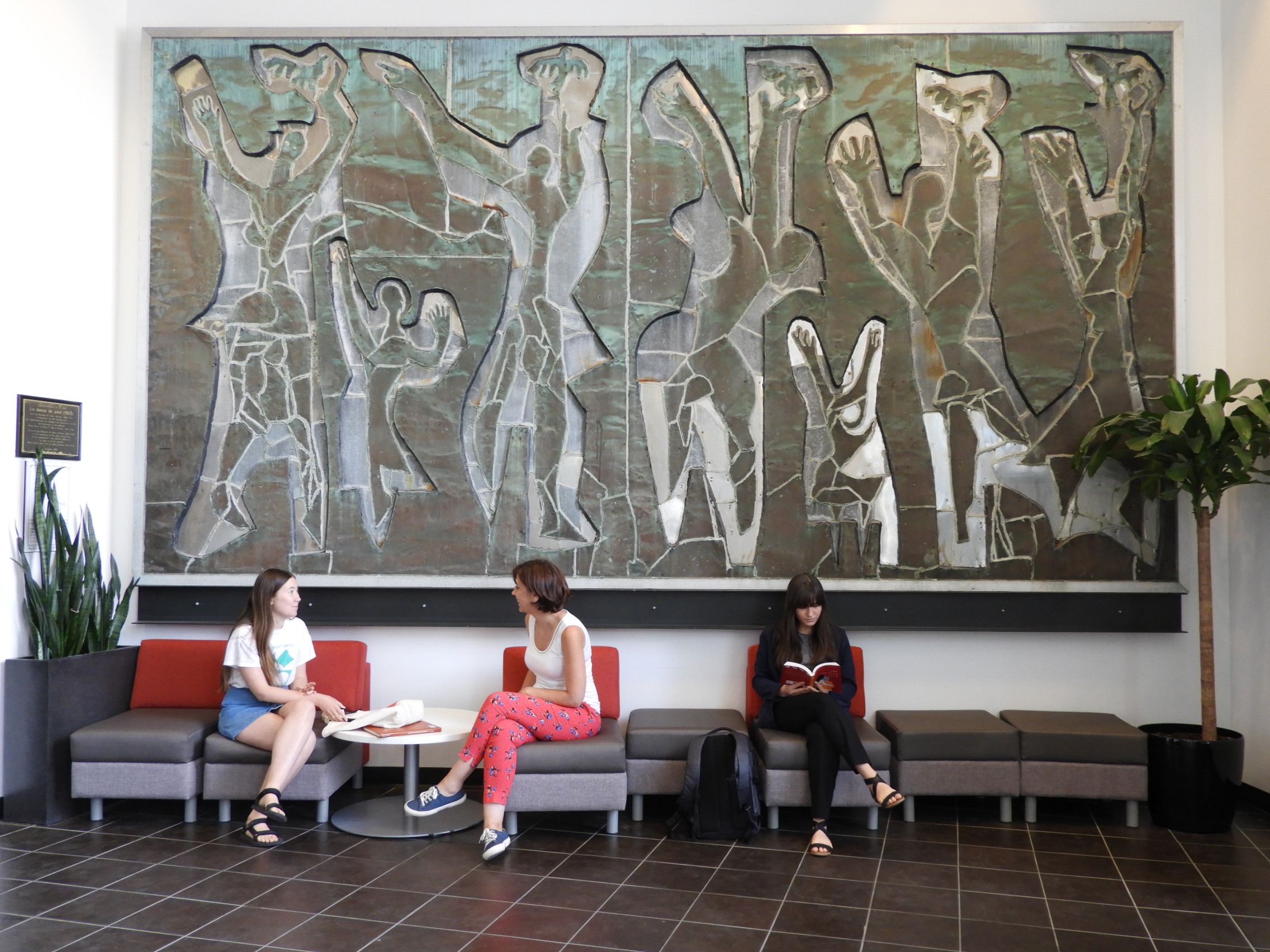 “Ceremony provides the climax to a controversy dating from 1949,” proclaimed the Friday, October 2nd, 1992 edition of The Montreal Gazette. That day, as part of Open House weekend at McGill, and in conjunction with Montreal’s 350th anniversary, La Danse de la paix (1953) by Robert Roussil (1925-2013) was officially unveiled at the Leacock Building. How was this large-scale mural the “climax to a controversy dating from 1949” as The Gazette claimed? And how did it get to McGill’s downtown campus?

After a term in the Canadian Army from 1943 to 1944, Robert Roussil attended the École du Musée des beaux-arts in Montreal on a scholarship. His skills as a sculptor were encouraged, and he was later hired to teach stone sculpture at the school. Roussil’s work is known both in Canada and internationally, especially in France, where the artist resided until his death. A notable sculpture by him embellishes the Seoul Olympic Sculpture Garden in South Korea. In his home province of Quebec, the artist made several works which can still be seen today, namely at l’Université de Montréal, Lieu (1990) in Ville Saint-Laurent, and Hommage à René Lévesque (1988) in Lachine.

Before Roussil’s worldwide recognition, the Montreal police’s confiscation of his sculpture La Famille (now in the collection of the Montreal Museum of Fine Arts) made him locally infamous. In 1949, the police removed the statue from the gallery in which it was being exhibited, citing obscenity because of the nude figures depicted. Roussil sued the city and was ultimately successful. The artist paid his lawyer, Bernard Nantel, for his legal services -as artists often do -with an artwork. That work was La Dance de la paix.

A large-scale metal mural, La Dance de la paix was inspired by the work of Mexican painter Diego Rivera. Roussil created it after participating in the 1952 World Peace Conference in Vienna. It is also one of the final pieces He completed in Quebec before moving to France in 1956. Made of stainless steel, copper, and galvanized tin, it depicts seven figures in fluid movement, and is thus reminiscent of contemporary dance.

The mural was installed on the facade of Nantel’s Westmount home, which Richard and Melissa Wise purchased in 1989. Richard Wise (B.Com. ‘62) was inspired to donate the work to McGill on the occasion of the 30th anniversary of his graduation, as well as in honour of his parents, Hilda and Peter S. (B.Com. ‘29) Wise. Wise contacted the artist’s son, Eric Roussil, and inquired about how to remove the mural from his home and have it installed at the University. With his father’s blessing, Eric proceeded to remove the mural from the original structure of the house and re-install it himself on the exterior facade of the Leacock Building.

At the 1992 Open House, Roussil’s mural was unveiled together with another monumental artwork -Marcel Barbeau’s Fenêtres sur l’avenir, donated by General Electric Canada Limited. This marked an important moment for the University, as it further positioned itself as an art-collecting institution.

Robert Roussil himself was present at the Open House, and was able to see La Danse de la paix mounted and displayed for the first time as a work of public art. When acquired by McGill, La Danse de la paix was given the status of “cultural property” by the Canadian Cultural Property Export Review Board, a process by which objects of national importance are identified as outstanding examples of art. For the artist, this moment must have felt like vindication from the 1949 incident.

La Danse de la paix was displayed on Leacock’s south terrace until 1998 when, in consideration for the work’s conservation status, it was moved to a location inside the lobby of the newly-inaugurated Brown Building, where it can still be seen and enjoyed today by students, staff, faculty, and visitors.

The mural is not only a major work of sculpture by an important Quebec artist. It also represents an artist’s triumph, and is part of a unique story of Canadian and Quebecois cultural heritage, which McGill has the privilege to share with the community at large. 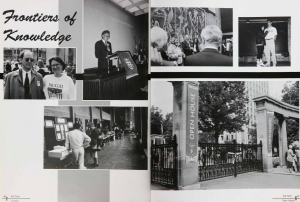 This page from the McGill 1992 yearbook shows the Open House weekend when Roussil’s Danse de la Paix was unveiled at the Leacock Building. 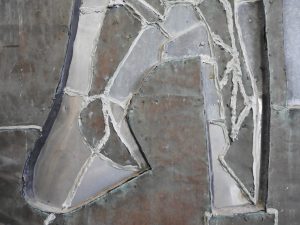