Home › From the Stacks › Women in the Driver’s Seat

Women in the Driver’s Seat 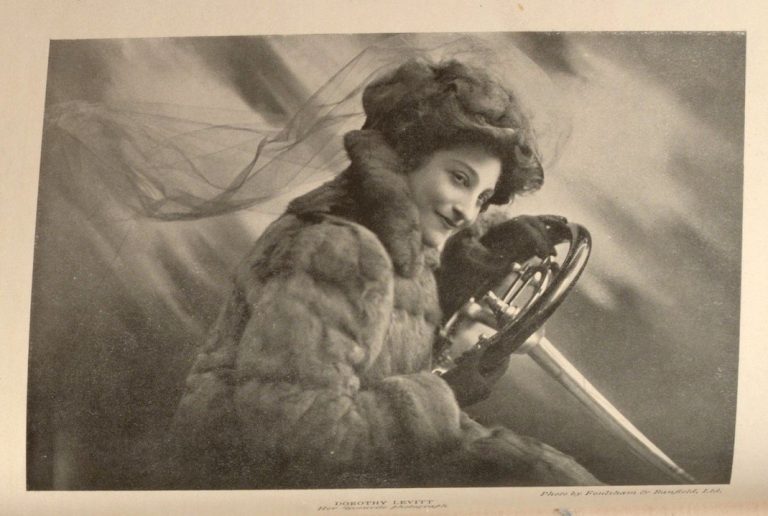 Advice for Women in Cars:

–“Regarding coats—there is nothing like a thick frieze, homespun, or tweed, lined with Jaeger or fur. The former has the advantage of being lighter in weight than the latter and is just as warm and much less expensive”.

Dorothy Levitt was not only a motorist, she was a car racer, and a talented journalist from London. This pioneering book for women was published in London in 1909. It is a lively piece of social history which we bring to you in honour of International Women’s Day, the foundations of which were begun in that same year. Levitt is, in fact, a very early adopter of the automobile, invented in Germany by Karl Benz in 1886 and initially developed in France. Mass motorization first took hold in America with the “Model T” by the American Ford Company in 1908.

This book was in our circulating collections (no pun intended) and is now safely transferred to Rare Books and Special Collections. Since then, the book has received all sorts of treatment : including restoration and digitization. It is nice to know that this volume was originally owned by Sarah Gray of Nottingham, England in March of 1909; it was afterwards acquired through funds given by McGill’s Royal Victoria College (with an all-female student body) for the library stacks. It was available for reading as of 1944. It has an attractive pictorial binding designed by the publishing house John Lane, operating in London and New York, and is comprised of high-quality photography. What’s more, the text can be discussed in classes on gender studies, or women studies, or on the history of mechanics, at the turn of the 20th century. 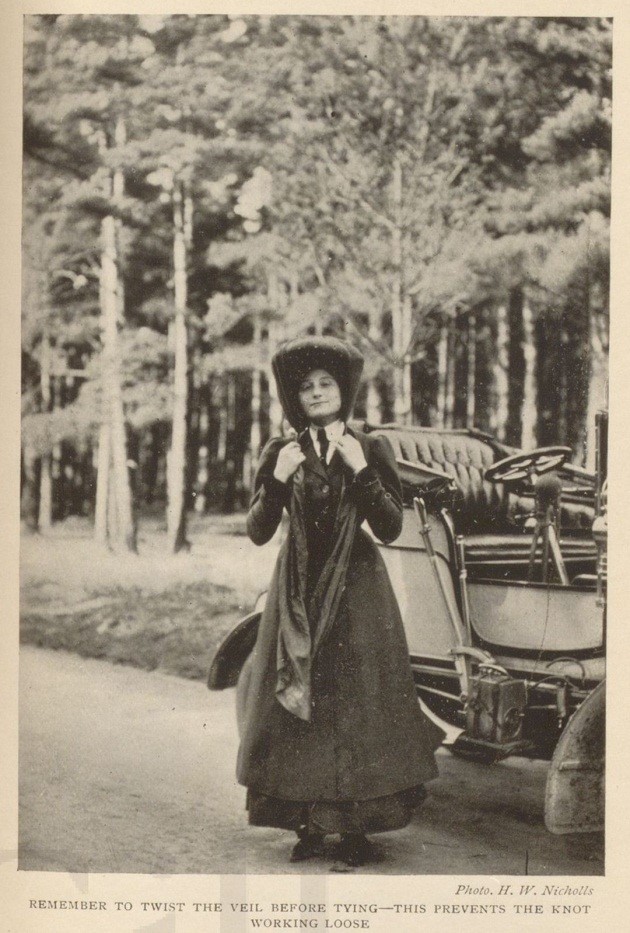 – “It is a good plan to have caps made to match your costumes.”

And -“If repair needs be, dawn a frock and follow the instructions in the book. Removing a faulty spark plug is a simple matter”. 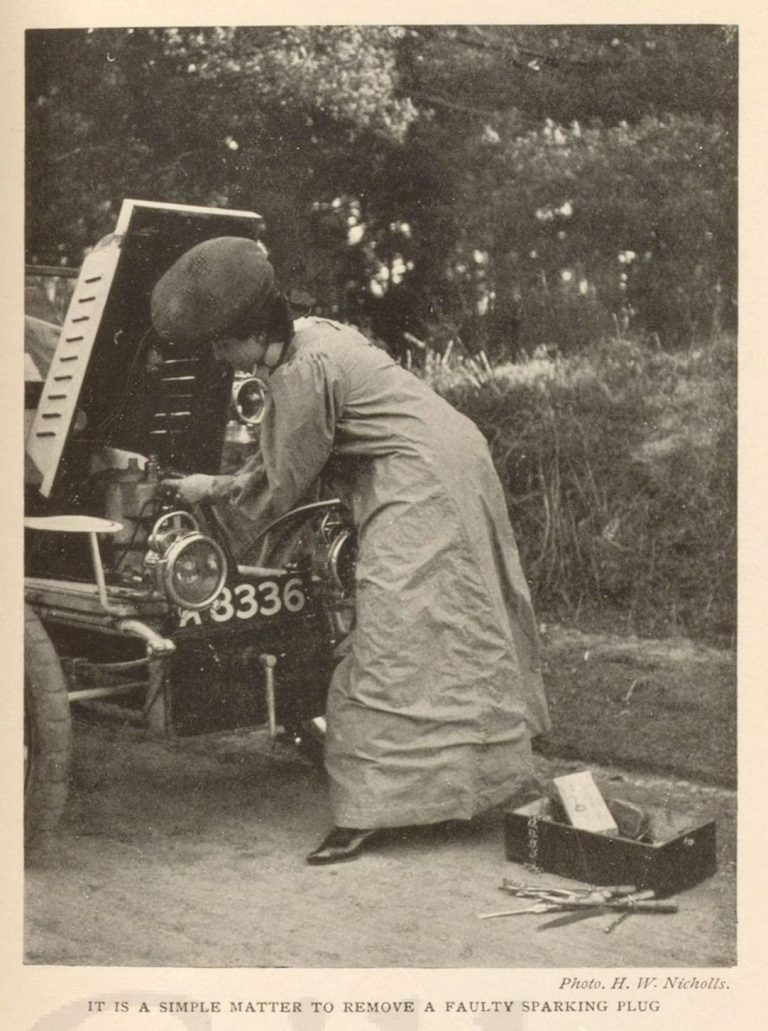 Dorothy Levitt in coveralls with a toolkit. 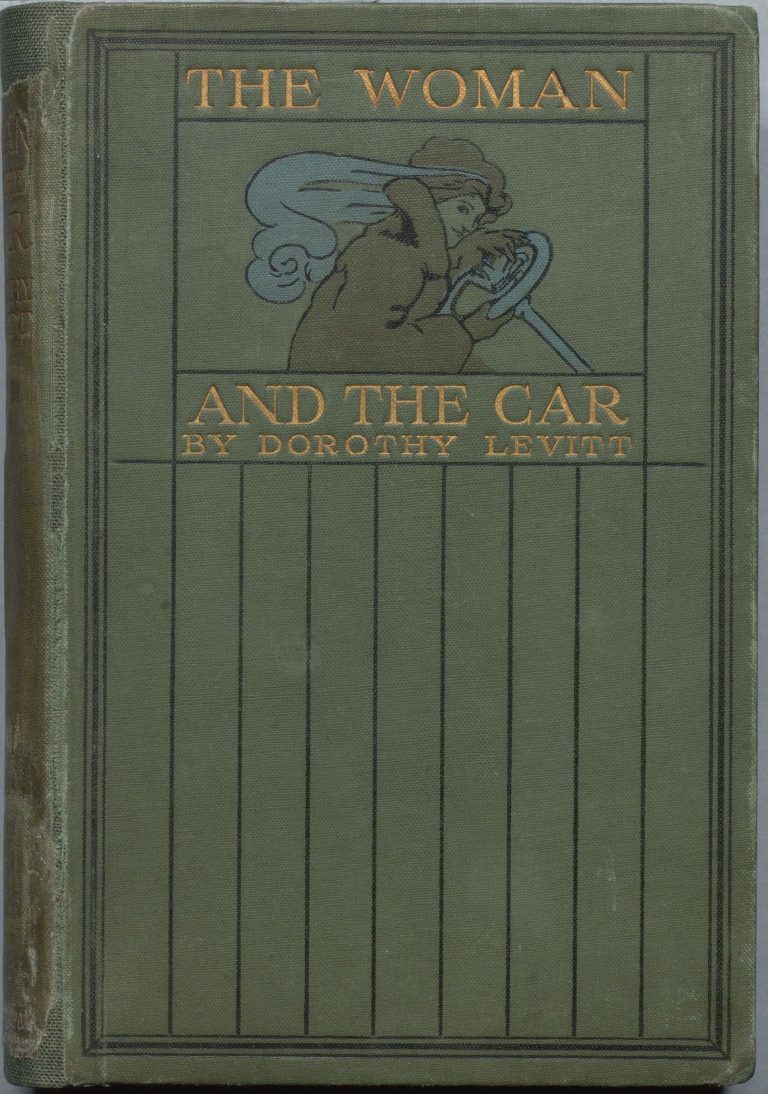 Even the book cover is smartly designed

We invite you to consult this multi-purpose text through the McGill University Library. We provide the link below.

Try it out for yourself.