Home › Features › R. Tait McKenzie’s The Sprinter: The Growth of an Iconic Image

R. Tait McKenzie’s The Sprinter: The Growth of an Iconic Image 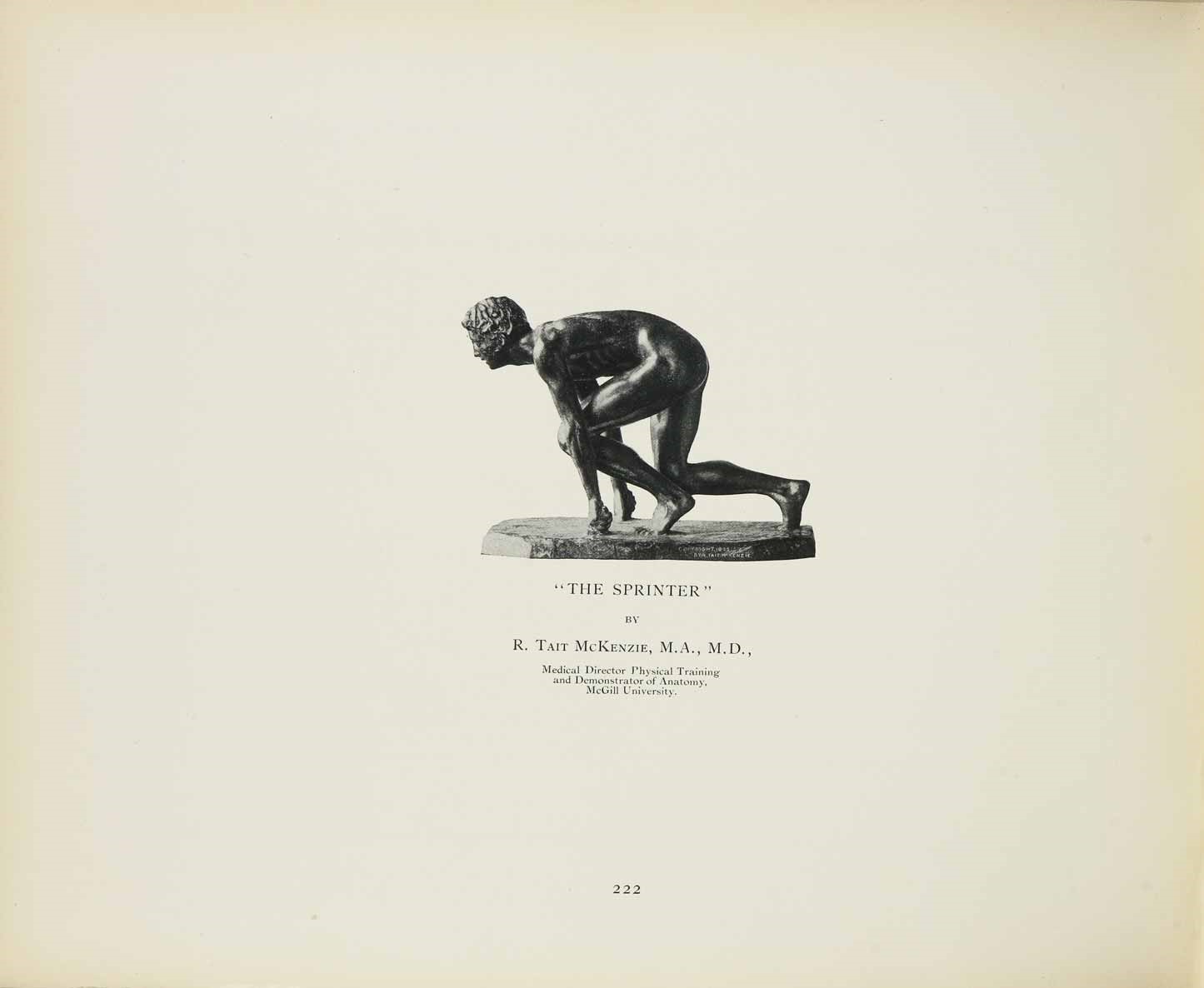 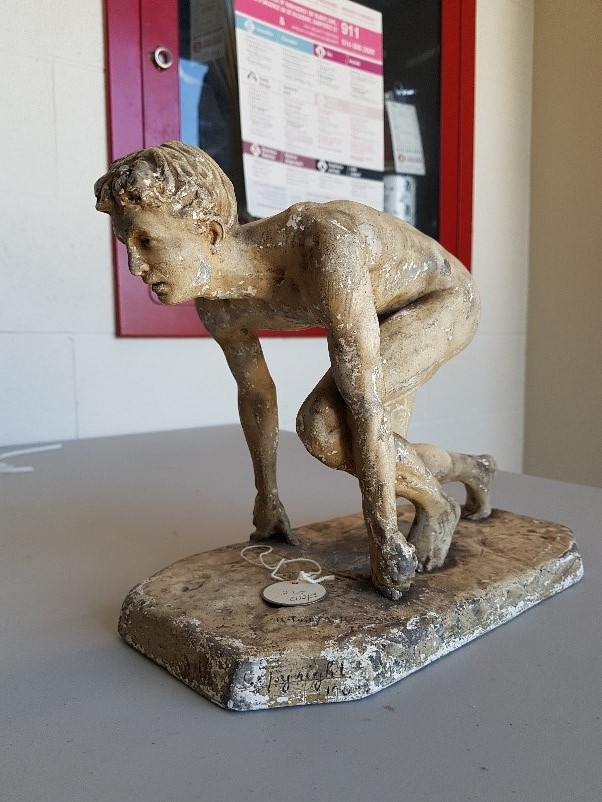 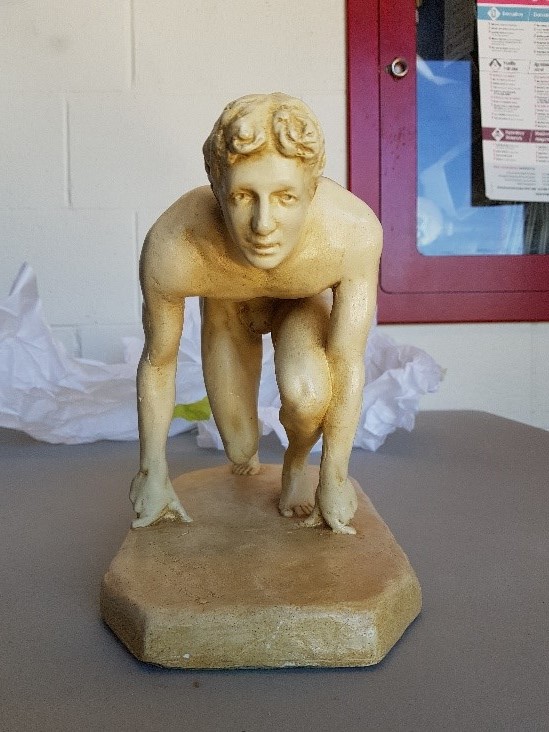 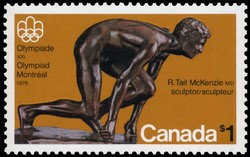 I recently received an inquiry from a family member of Thomas Graydon, a past McGill employee who was presented with a Sprinter statue by the McGill track team in circa 1911. The family member wished to learn more about the history behind this statue. I expected to find clear and simple answers on my research, a standard artist name, and date. However, I uncovered a much more complex and surprising story behind The Sprinter and its journey as an image throughout Canadian history.

Dr. Robert Tait McKenzie attended McGill University in both his undergraduate degree and in the school of Medicine. He later became an anatomy lecturer at McGill, as well as an advocate for physical education programming. Although his program never came to fruition, the school named McKenzie the Medical Director of Physical Training.

While employed at McGill, McKenzie’s interest in visual art grew, although he had no formal artistic education. McKenzie’s work reflected his fascination with the human athletic body, and employed scientific techniques of measurement. The Sprinter was McKenzie’s first sculpture in the round, and one of his first to win him praise within the art community. Due to his experience studying human anatomy, McKenzie’s goal with the piece was to portray the “surface anatomy of muscles” for a runner in his starting position (Joseph Hanaway, Richard L. Cruess, James Darragh, McGill Medicine: The Second Half Century, 1885-1936, Montreal, McGill-Queens University Press, 2006, 57).

To accurately sculpt the muscle structures and shapes, McKenzie had volunteer McGill medical students model for the piece (Hanaway, McGill Medicine, 57.).  A 1907 McGill yearbook described the sculpture as a representation of “the ideal sprinter in the attitude of starting, crouched on the mark, waiting for the crack of the pistol.” (McGill University, Old McGill, 1907, p. 216, McGill University Archives). McKenzie completed The Sprinter in 1902. However, its journey was far from over. 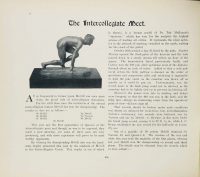 A bronze model of the statue was cast and turned into a trophy, pictured in the 1907 Old McGill yearbook. This trophy was given to the winners of the annual intercollegiate track contest in Canada.

However, The Sprinter’s legacy exceeded beyond the bounds of university athletics. The sculpture gained attention within the elite international art world. The Royal Canadian Academy of Arts later offered McKenzie membership because of this work. The piece showed in 1902 “at the Society of American Artists’ exhibition at New York; in 1903 at the Royal Academy in London; in 1904 at the Paris Salon.” (Douglas Riley, Art and Athletics: The Work of R Tait Mckenzie, Montreal, McGill Journal of Education,  11.001, 1907, 69.) 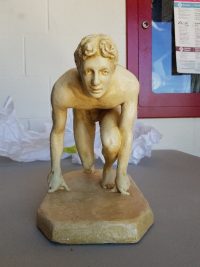 A statuette of the Sprinter sat on Theodore Roosevelt’s desk in the White House throughout much of his presidency. (Gerald Redmond, Robert Tait McKenzie, The Canadian Encyclopedia, 2013) Different casts of the statue were created and placed around the world, including in McGill’s own collection.

A symbol of Canadian athletic accomplishment and pride, The Sprinter became an image used in the Olympics throughout the twentieth century. The Sprinter was reproduced in 1905 for Canada’s Olympic stamp series.” (Riley, Art and Athletics, 69.) The Canada Post issued two commemorative stamps for the 1976 Olympic Games in Montreal, one of which featured The Sprinter. (Hanaway, McGill Medicine, 57).

Dr. R Tait McKenzie went on to create over two-hundred pieces, all revolving around the themes of athleticism or the military. With no formal training or professional connections to the art world, McKenzie created a sculpture that would be embedded into Canadian culture for years to come.