Putting Canada on the map

O Canada, happy birthday to you! Here’s an early birthday gift from us to you.

Take a look at these rare maps from our collection and discover Canada in new ways. 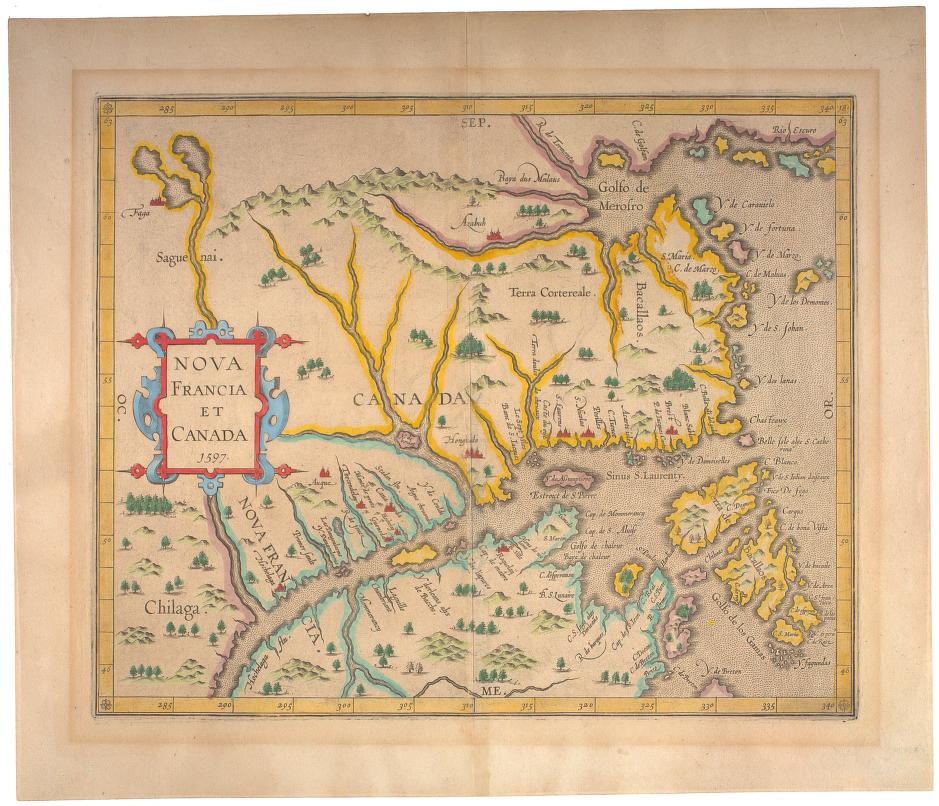 Corneille Wytfliet was a Flemish cartographer who flourished at the end of the 16th century. In 1557, he was the first to produce an atlas devoted solely to the Americas.

This map shows the Gulf of the St Lawrence River (Sinus S. Laurenty) and many of its tributaries. Canada and Nova Francia are well marked. The legendary mythical place, Chilaga appears on the map on the western frontier of Nova Francia. 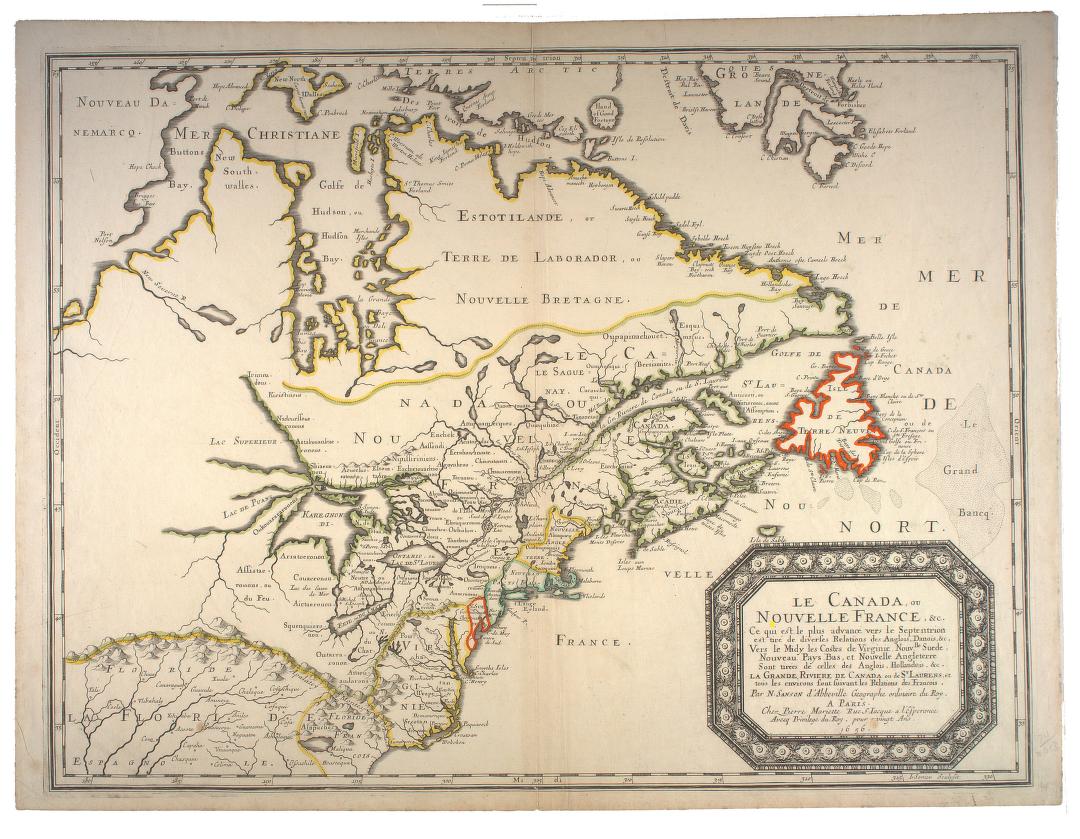 Nicolas Sanson was a French cartographer known as the “father of French cartography”. He was the geographer to the king.  This hand coloured map shows the St. Lawrence River and its surroundings as viewed by the French in 1656. It includes the territory held by the Danish and British to the north and south of New France. 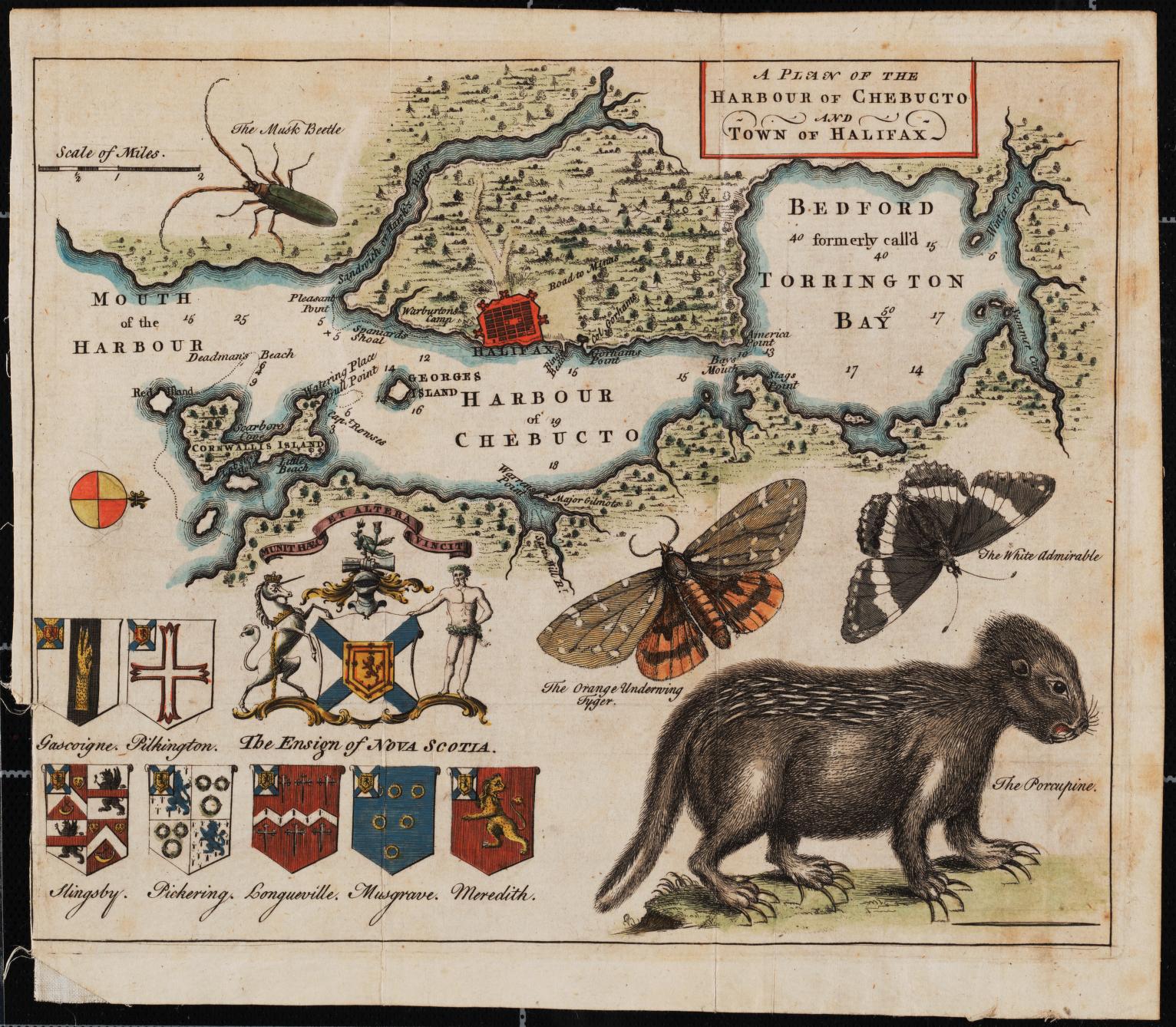 A plan of the harbour of Chebucto and town of Halifax, 1750

Moses Harris was an English entomologist and engraver.

This map is known as the ‘Porcupine Map’ with the coat of arms of Nova Scotia and its Baronets, and with decorative examples of the local fauna. The direction west is at the top of the map. Moses Harris was an entomologist and an artist. There are many decorative details on this map including: the Ensign of Nova Scotia, the musk beetle, two butterflies, and the porcupine. 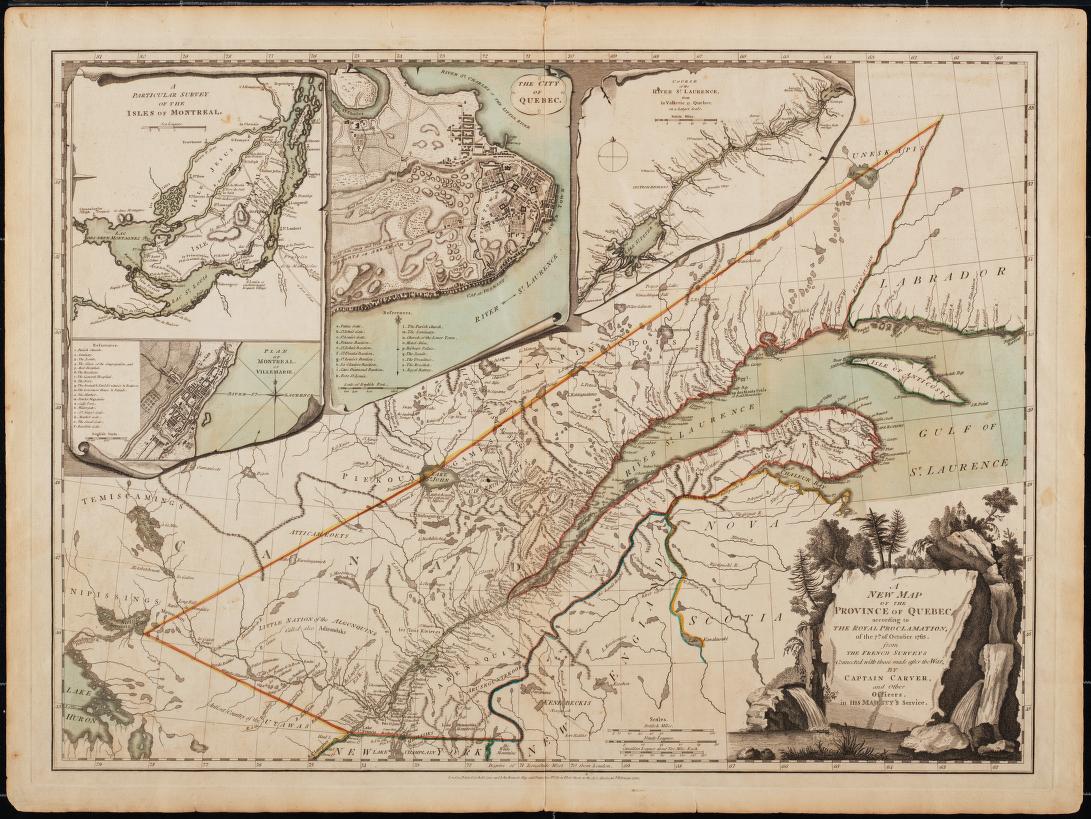 Jonathan Carver was born in Massachusetts and later moved to Connecticut. He became a settler-colonialist and was primarily interested in westward expansion. He was known for his exploration and mapping. 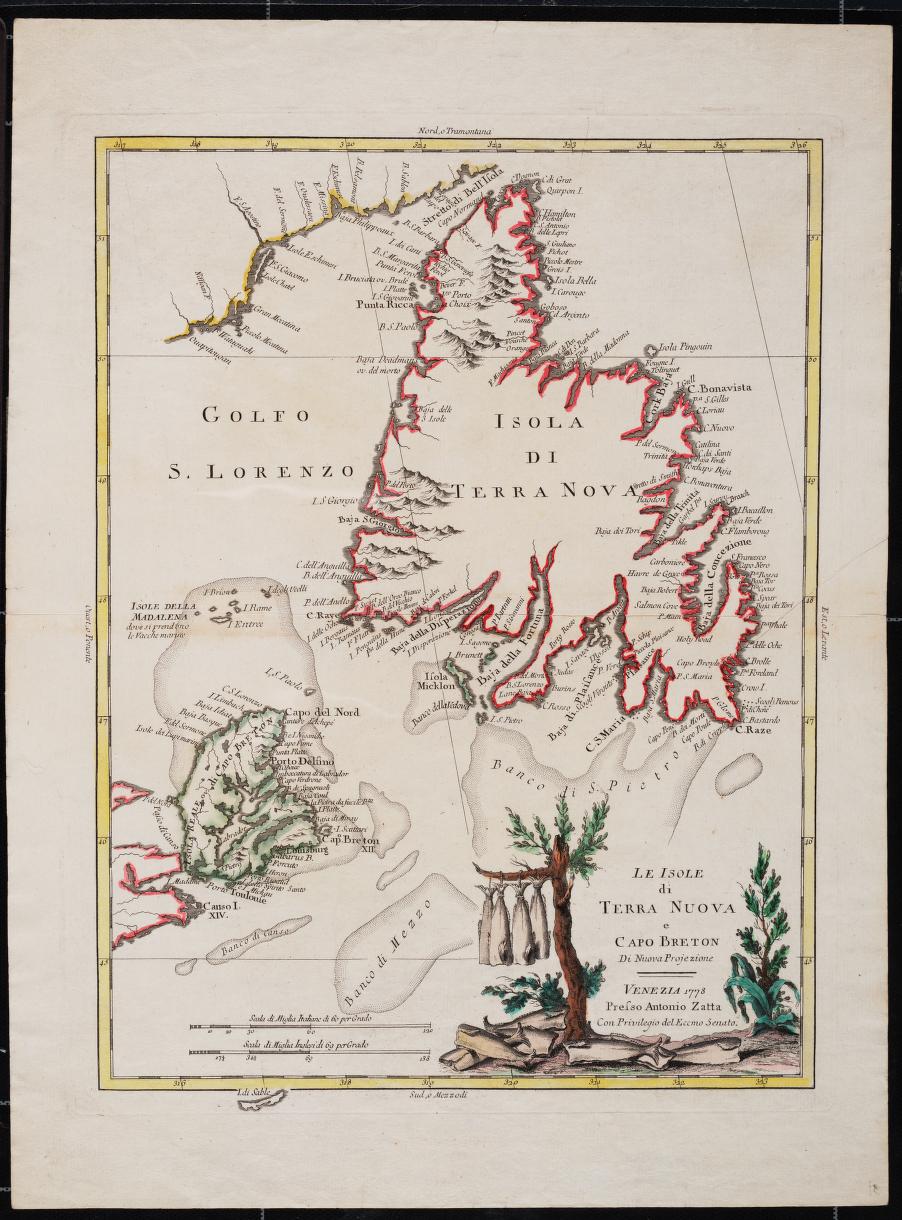 Antonio Zatta was an Italian cartographer who was based in Venice. His major contribution to cartography is the Atlante Novissimo, a four volume atlas of the world. This is a colourful map that has decorative images of the local codfish. Many of the inlets and tributaries are named. 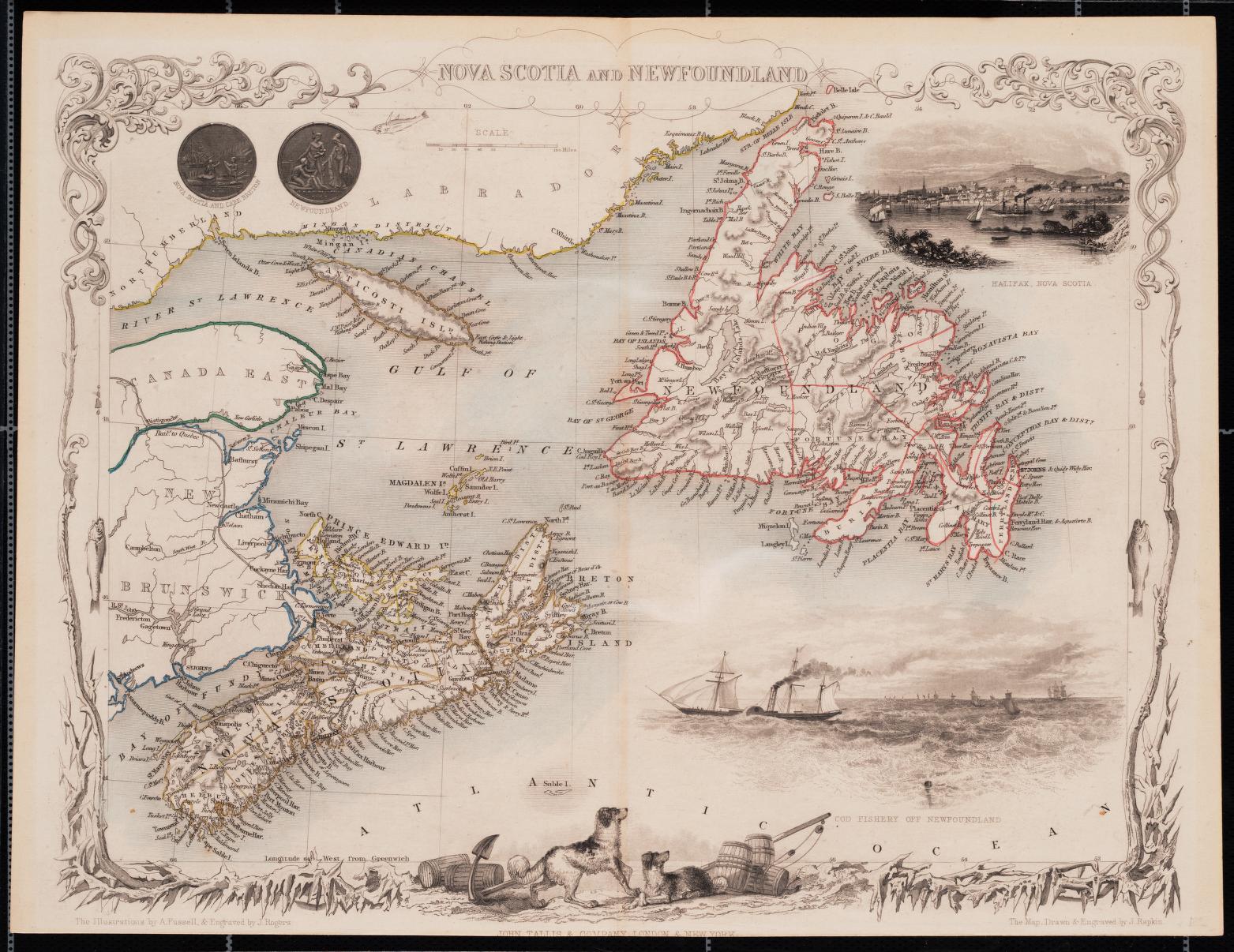 John Rapkin was known for his drawing and engraving. Rapkin’s style is elegant and clear and considerable geographical detail is shown on his maps. He captures the spirit of both Nova Scotia and Newfoundland with the decorative icy borders, images of Atlantic cod and of Newfoundland dogs looking out to sea at the ships. 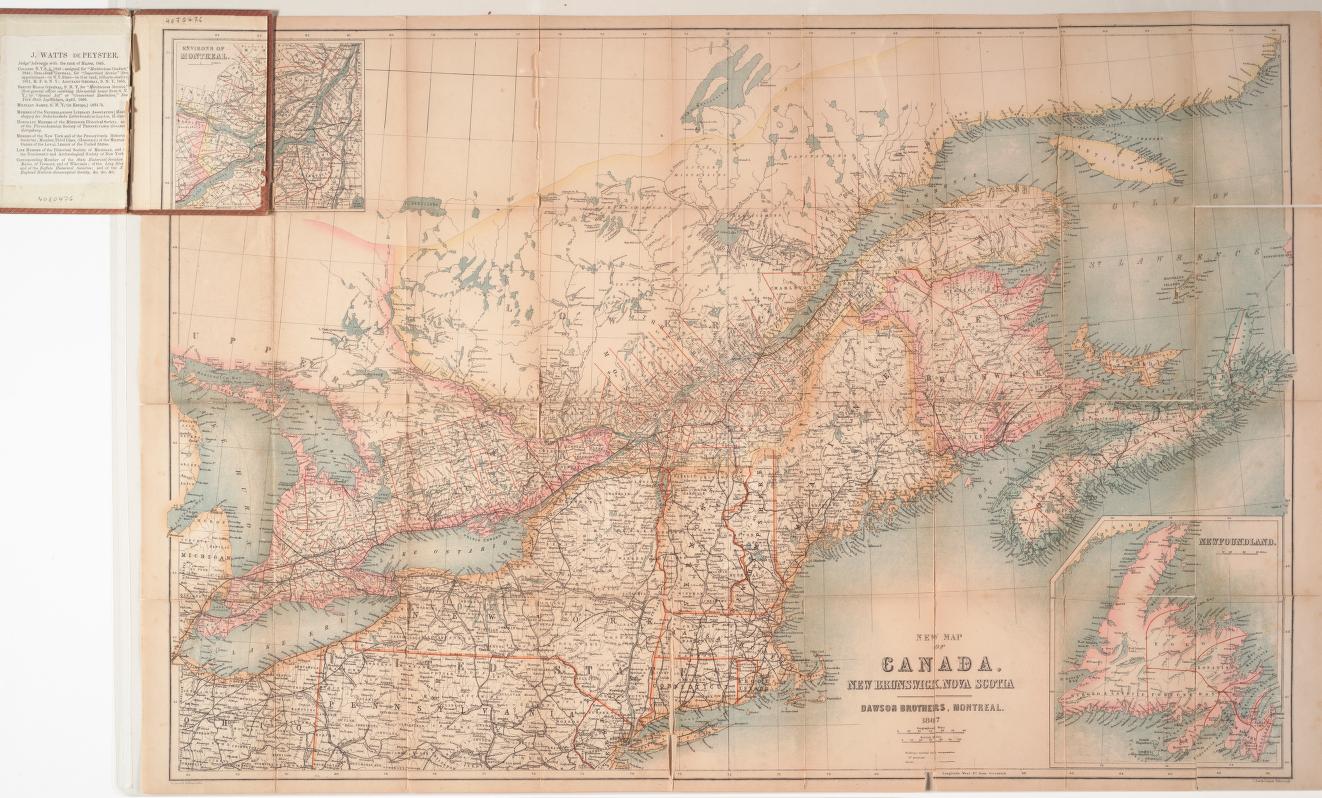 Samuel Dawson 1833-1916 was born in Halifax and moved to Montreal with his family in 1847. In 1860 he took over the family bookstore and publishing company with his brother. He left the firm in 1889 to found the Dominion Note Company and the Montreal News Company.  Many Canadian maps have been produced and published by Dawson Brothers. 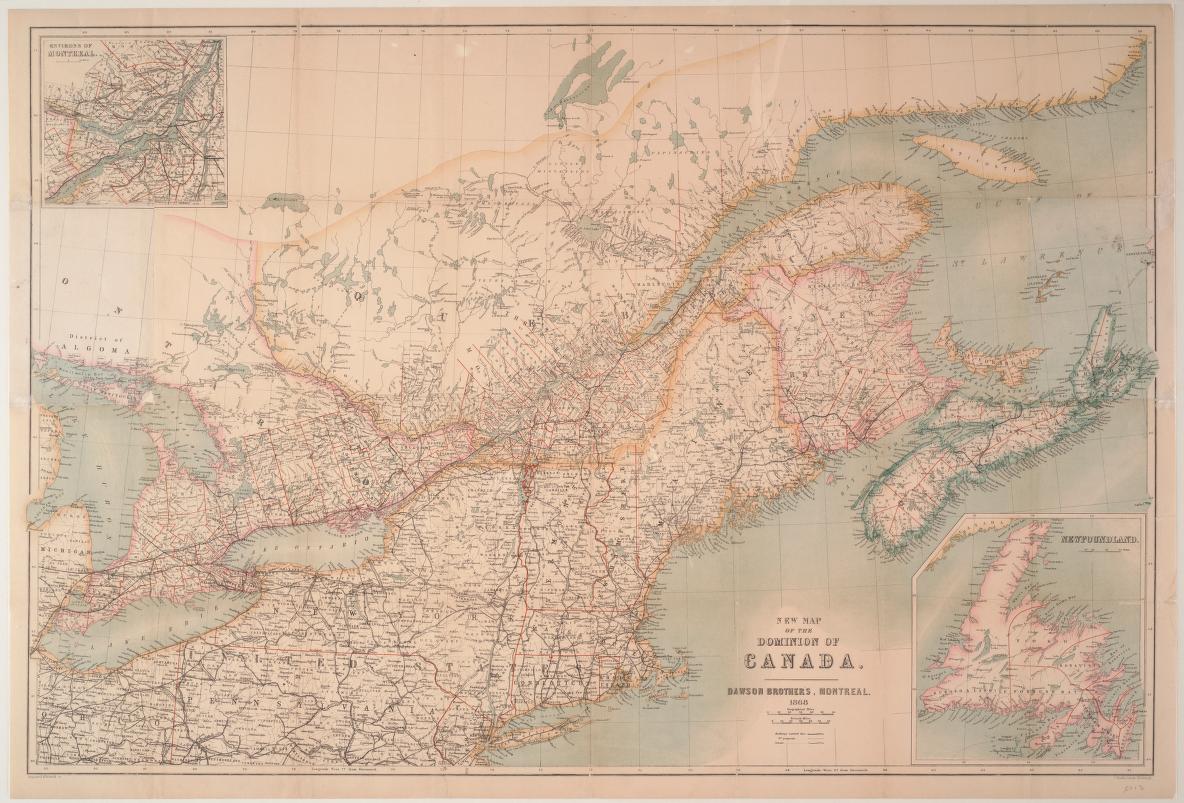 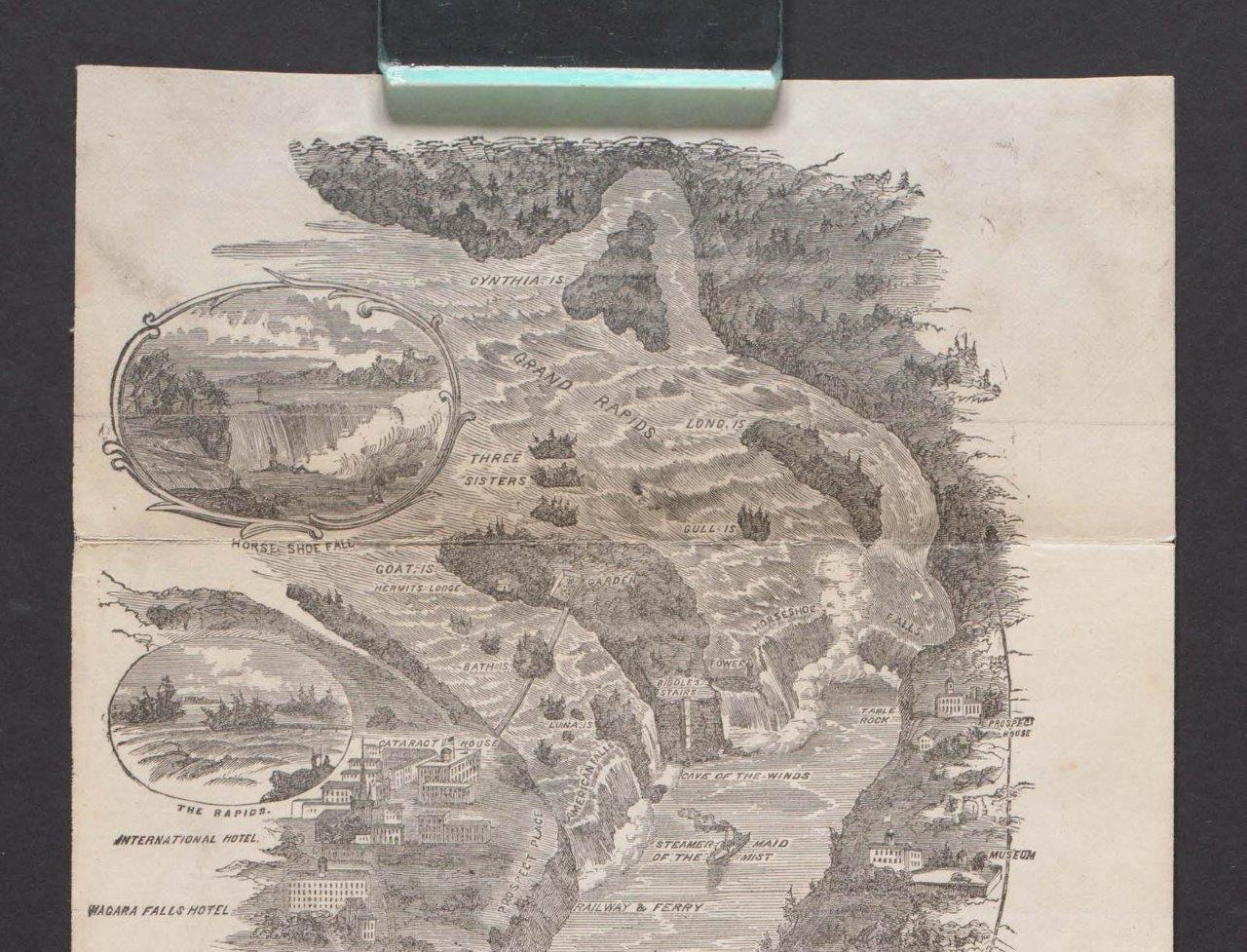 Detail from Chisholm’s all round route and panoramic guide of the St. Lawrence, 1870

C.R. Chisholm & Bros. was a Montreal publishing company that specialized in travel guide books as well as maps of Canada and the United States. This folded panoramic map of the St. Lawrence River measures 11 feet 2 inches (340 cm) and shows points of interest along the route. We didn’t have enough room to include the whole map in this blog post (it is a very large file and very vertical!) but feel free to download the full version from the Internet Archive. Click on the above image to get to the Internet Archive. Press the “Show all files” button and in the file listing, click on the last .pdf option.

Map shewing the Canadian Northern Railway and the railway systems of Canada, 1906

The Canadian Northern Railway (CNoR) was an historic Canadian transcontinental railway. It was established in 1899 to compete with the Canadian Pacific Railway (CPR). They began by building a line linking the Prairie Provinces with Lake Superior. It would permit shipping of western grain to Europe. Eventually it was merged into the Canadian National Railway (CN) in 1923.

This map shows the routes of the Canadian Northern Railway (completed, under construction and proposed), the Canadian Pacific Railway, the Grand Trunk Railway, the Intercontinental Railway, and other railways, as well as routes and distances by sea between ports. 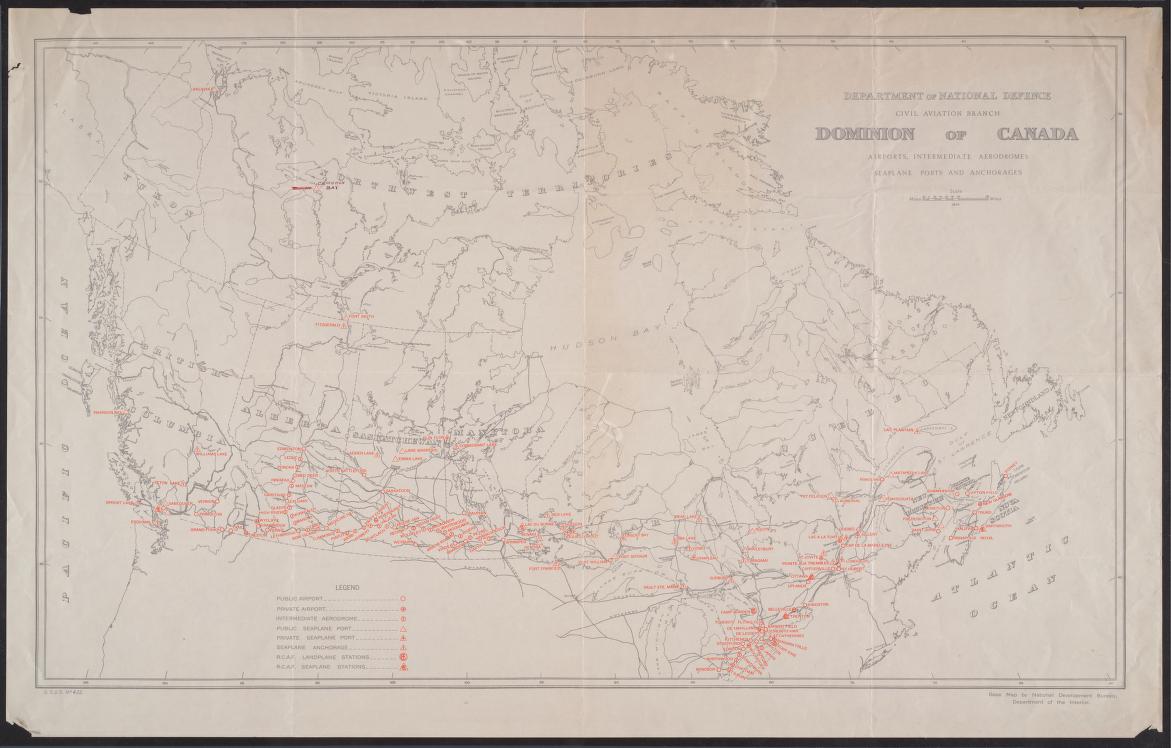 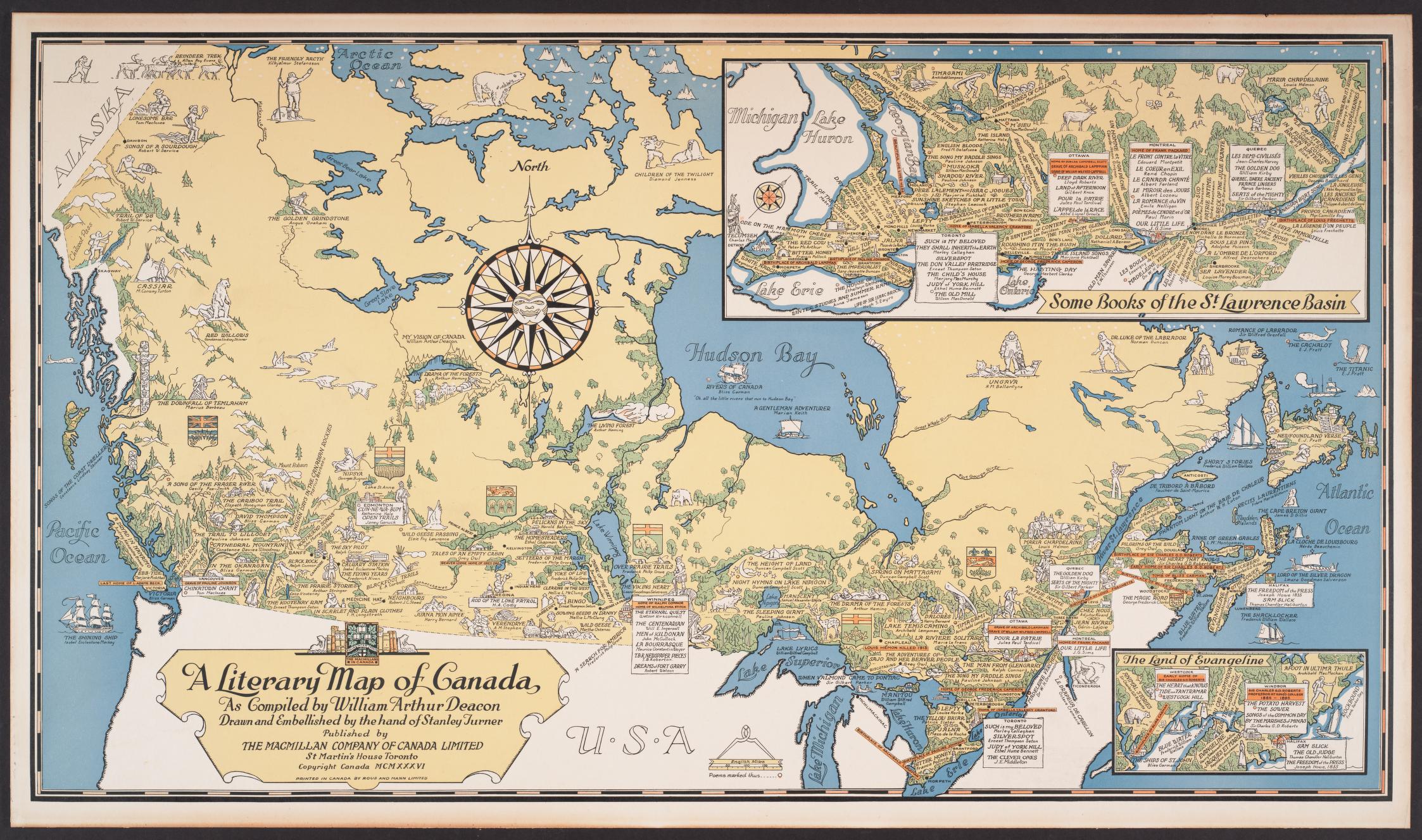 William Arthur Deacon was a Canadian literary critic and editor. Stanley Turner was an artist and a contemporary of the Group of Seven. This colourful map attempts to represent Canada’s rich literary history. It shows the connection between literature and location.