Home › From the Stacks › Currie and the eclipse holiday request

Currie and the eclipse holiday request 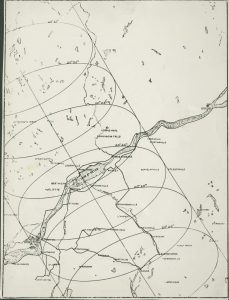 Map showing path across Quebec of the central shadow of the total eclipse of the sun. August 31, 1932. PR024753, McGill University Archives. Click to enlarge.

Sir Arthur Currie, McGill Principal and Vice-Chancellor (1920-1933) and the Royal Astronomical Society wanted all faculty members and the citizens of Montreal to be able to witness this phenomena which would not occur for another 360 years. Currie petitioned Quebec Premier, Louis-Alexandre Taschereau, to grant a holiday and to have Montrealers dim their lights. Taschereau decided not to grant a full holiday but thought it would be possible to have “the people of our Province” power down their lights for the duration of the eclipse.

Their correspondence is below. 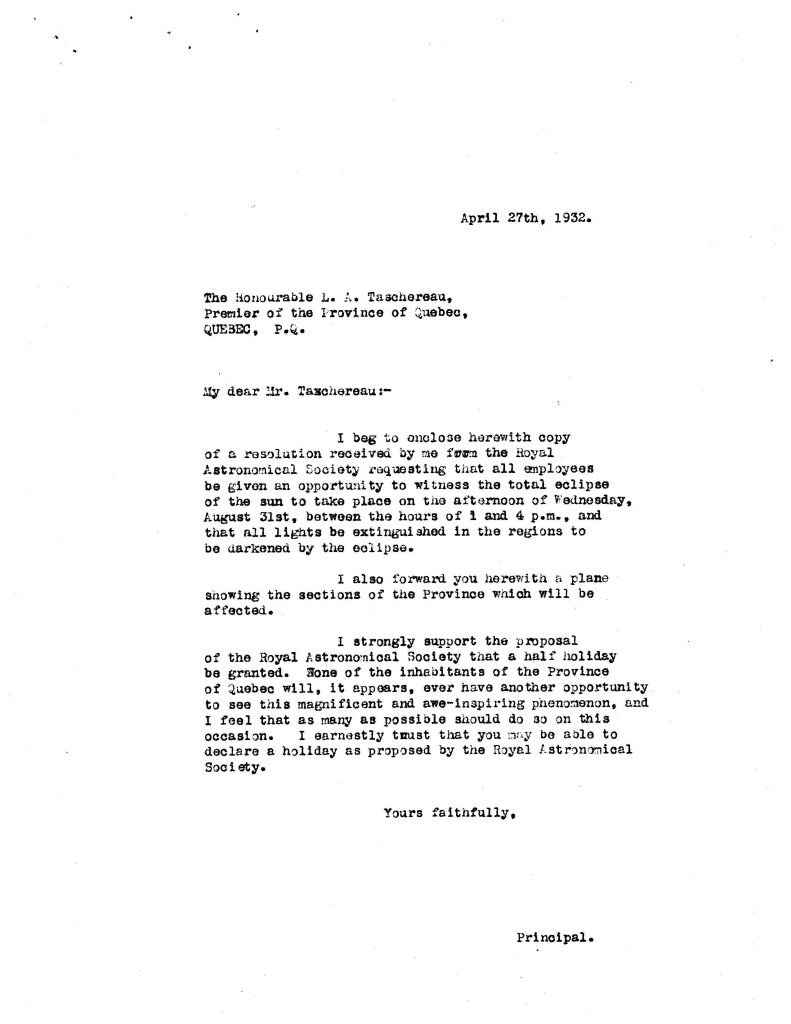 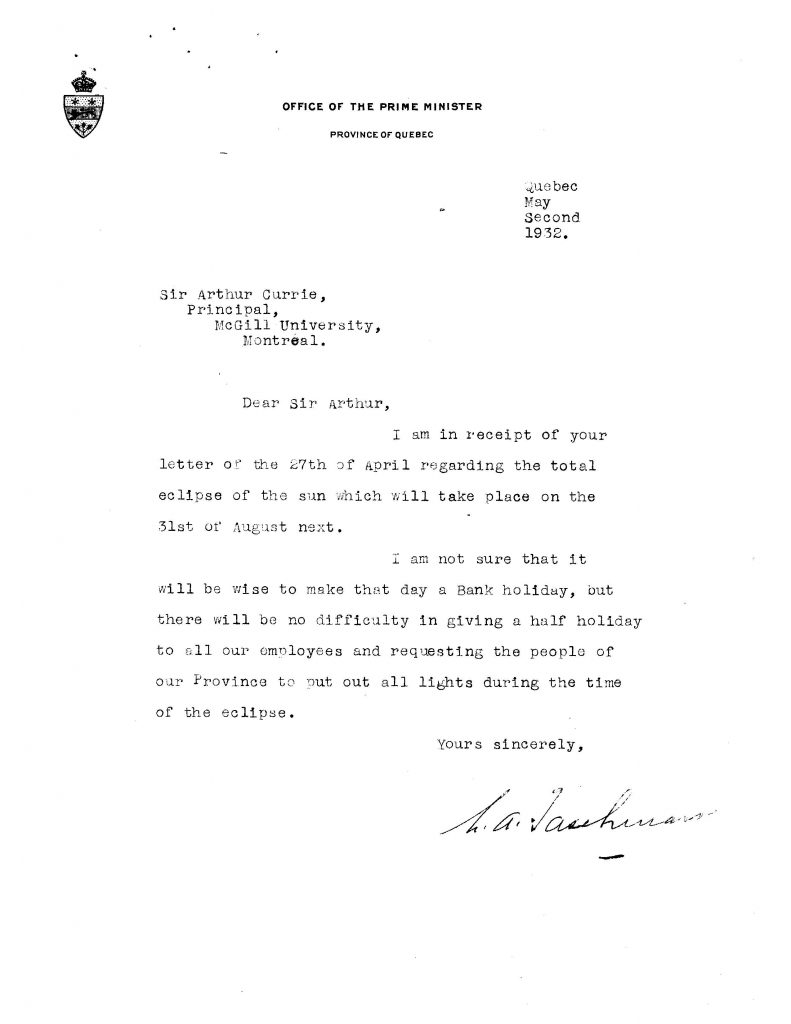