The Mossman Lecture: A History 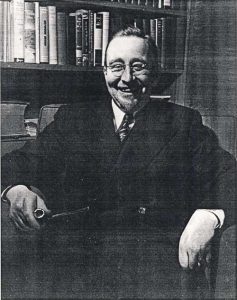 Raising awareness about scientific thought was a passion of Dr. Donald Mossman’s. He was a chemist and McGill University alumni who continues to impact students and researchers with a Library collection and a lecture series, both named in his honour.

The Mossman Collection on the History of Science and of Ideas focuses on topics such as the sociology of science. It was initially the personal library of Dr. Mossman and his wife, Dr. Dorothea Mossman. They donated it to McGill in 1974 and established an endowment to support its continued development. It’s now housed in the Schulich Library of Physical Sciences, Life Sciences, and Engineering.

With this endowment and a later bequest, Dr. Mossman also established two named lectures in the History of Science and Ideas in honour of his two great friends, also McGillians, Elizabeth B. McNab and D. Lorne Gales.

Elizabeth B. McNab (B.A. 1941) had a distinguished career, becoming the first woman to hold the position of Director of Annual Giving at a Canadian University and, later, the first woman to become head of University Development at McGill. Her association with McGill spanned 40 years until her death in 2006.

D. Lorne Gales (B.A. 1932, B.C.L. 1935, LL.D. 1979), was the founder of the McGill Development Office and a member of the original McGill University Rowing Club. He too was deeply involved with McGill for over 63 years, from his student athlete days through his role as General Secretary of the Graduates’ Society.

A timely discussion of climate (in)action 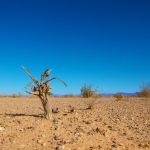 Why is Climate Action So Hard? will be presented by Philip Kitcher, John Dewey Professor of Philosophy at Columbia University on March 22, 2018 at 6:00pm in McGill’s Otto Maass Chemistry Building, Room 112.