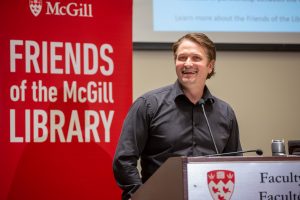 On Tuesday November 19, the attendees of the annual Friends of the McGill Library Shakespeare Lecture, held in partnership with the Stratford Festival of Canada, were educated, entertained, and mostly enthralled by the personal stories of the remarkable career of Jonathan Goad, one of the leading actors and directors who has just completed his 15th season with Canada’s world renowned Shakespearean company.

His lecture interspersed anecdotes and insights from his own personal career with readings from some of his favourite passages from the Bard. The results captivated the audience.

In the Introduction, Peter Roberts, himself one of Canada’s foremost theatre producers, pointed out that Jonathan Goad was considered “our go-to-guy” whenever a subtle interpretation of a role was needed at Stratford. Understandably. After training at the University of Waterloo, the National Theatre School, and the Banff Institute, Mr. Goad finally realized his theatrical dreams which started in Grade 7 at his Bowmanville grammar school. “Finally” was a key word, because along the way, as Goad explained, he was beset “by doubt, regret, and self-sabotage.” He kept on dropping out of programs, but was incredibly fortunate to have had teachers and mentors who put him, as he said, “back on the horse.”

Shakespeare became his “main dance partner.” Goad “took ownership” of the words bequeathed by the playwright to such a degree that the iambic pentameter, the subconscious heartbeat of the language, became part of his very being. The message was there for everyone in the audience: commitment, hard work, dedication and the acceptance of “vulnerability.” Mastering a craft is incredibly difficult. Every performance had to be “alive.” That is what audiences have every right to demand of “live theatre.” Mr. Goad underlined that people do not expect perfection, they expect life.

These challenges are equally real no matter how prominent a given role might be. Mr. Goad would have embraced the insight of the late, great French Canadian actor Albert Millaire, who told a McGill MBA class on Leadership that “There is no such thing as a small role; only small actors.” To imbue even modest roles requires that an actor understand the character. To take such ownership, Mr. Goad related how he spent countless hours researching everything he could get his hands on to understand the “back story” of certain characters he has portrayed. In one case, how he felt the need to spend time in the Louisiana Bayous and in the New Orleans music scene to absorb the environment in which some of his Tennessee Williams characters had spent their formative time.

Mr. Goad emphasized the need to maximize freedom on the stage. The actors must never intrude or impose their own personalities. To seduce the audience into becoming co-conspirators in the act of acting, there are three stages – literally and figuratively – that are essential. The first is work in which the artist memorizes the lines; the second is play in which the artist interacts with the company during rehearsals; and the third is what he called the “Carnival,” which entails the sharing of the experience with the audience. That is what theatre is all about. The Shakespeare Lecture audience was treated to an extraordinary Carnival on Tuesday night.

Professor Peter Gibian, of McGill’s Department of English, graciously thanked Mr. Goad on behalf of the Friends for sharing his many personal insights on the Shakespeare and the craft of acting and directing.

Trenholme Dean of Libraries Colleen Cook closed the evening by pointing out that Shakespeare is the single most represented author of books held in McGill Library’s Rare Books and Special Collections. His presence is felt in the Main Collection and across our 80 special collections, stretching from original folios to fine press illustrated editions, to children’s books, engraved portraits, costumes, and theatre sets. Whether it be the comedies the tragedies, the histories or the sonnets, Shakespeare is highly present at every turn of the corner in the McGill Library stacks.

The nature of the collections is extensive and varied, including a 2nd folio Shakespeare (1632) and 2 copies of the 4th folio (1685), sonnets, costume sketches and even a gold medal made for McGill on the occasion of the “William Shakespeare Tercentenary” of 1864. These materials, like all of McGill’s rare collections, are accessible through the Rare Books and Special Collections Reading Room, which, luckily for lovers of original materials, is open to the public.

Watch a recording of the lecture here. 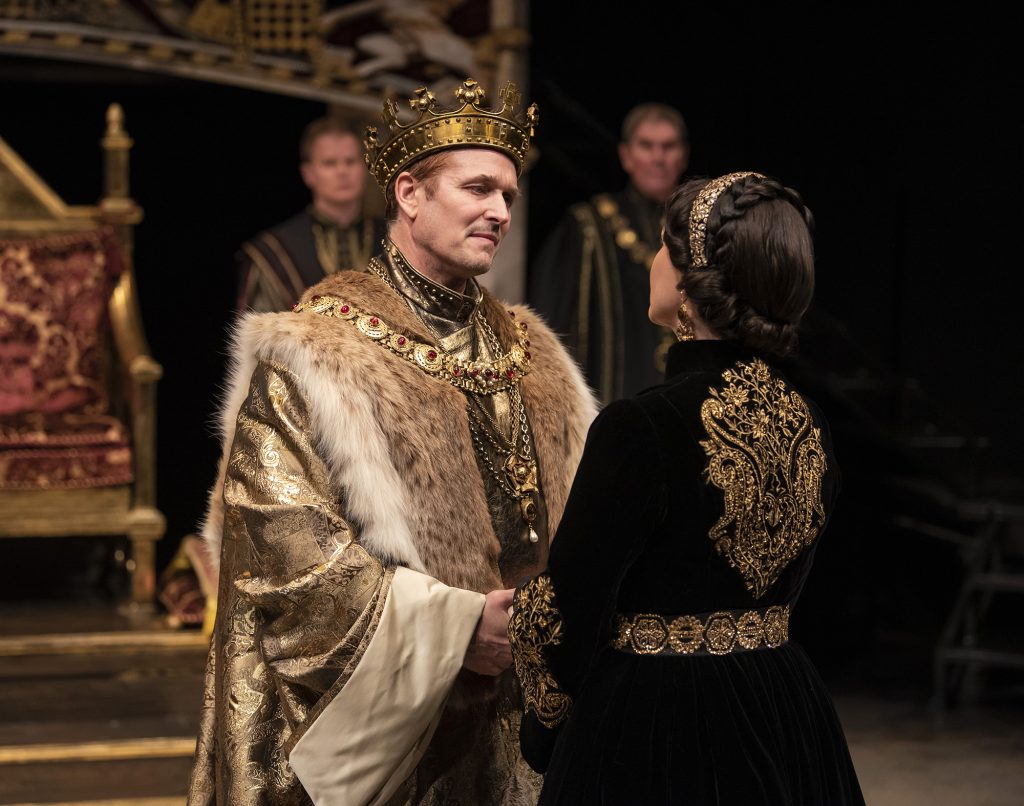