Home › Features › “My friend has a manuscript. Will you read it?” and other FAQs

“My friend has a manuscript. Will you read it?” and other FAQs

by Janet Blachford, Past President, Friends of the McGill Library 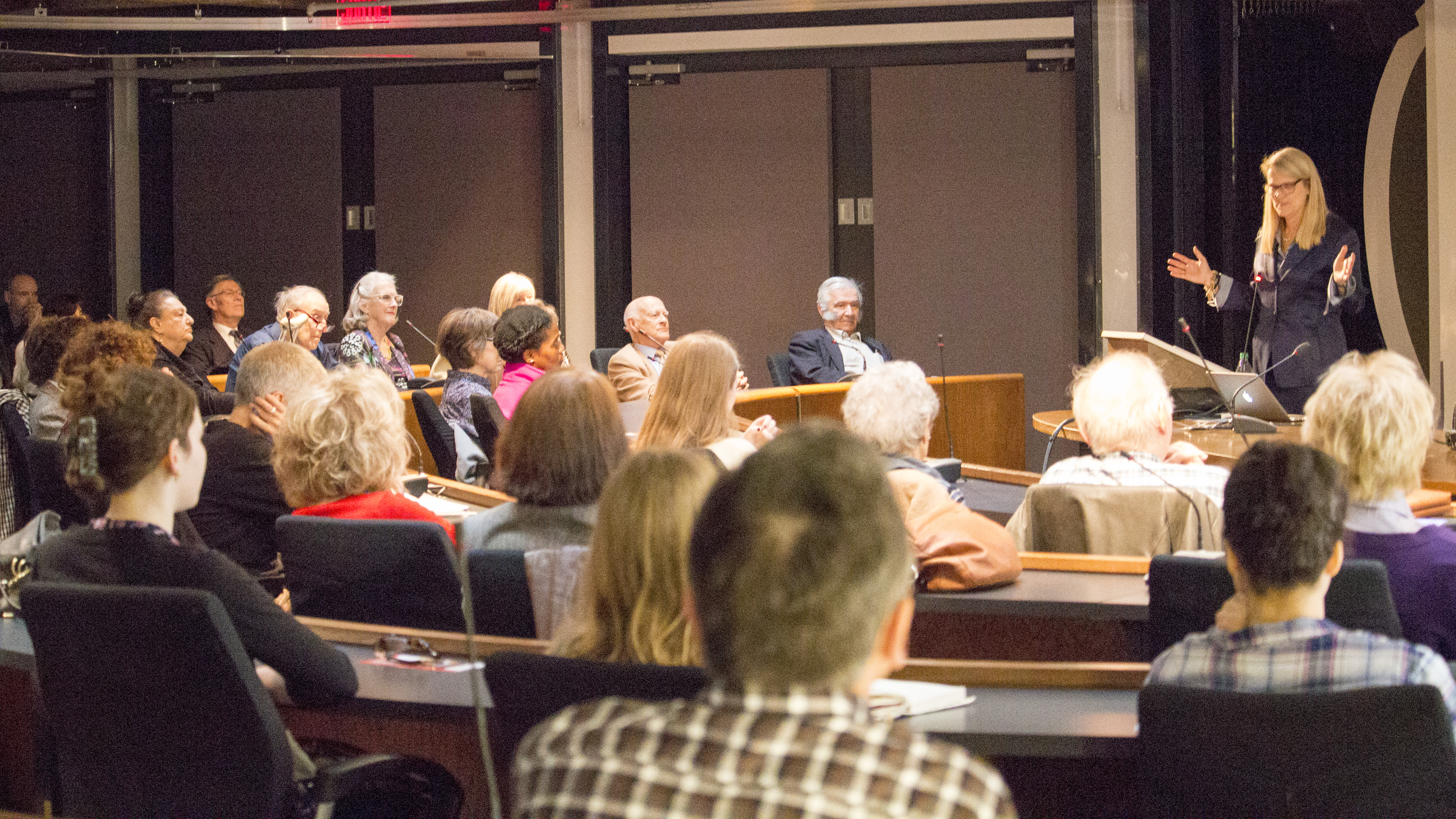 Sarah MacLachlan delivers the 2015 Hugh MacLennan Lecture to a packed house in Leacock 232.

Sarah MacLachlan’s 2015 Hugh MacLennan Memorial Lecture, given with expert knowledge, many photographs, and easy humour to a full house in Leacock 232, centred on the history of the House of Anansi Press, and how it has dealt with the present divergence between printed and electronic books.

Sarah, as President and Publisher of Anansi, shows little anxiety for the future. The Press now celebrates 48 years of existence, since Dennis Lee and David Godfrey founded it, including 13 years of sustained prosperity since Scott Griffin rescued it from difficulties due to the collapse of General Publishing. And Sarah herself, let it be said, has contributed greatly to the success of Anansi, during the last 12 years.

Anansi is a small-to-medium sized publishing house in a world of ever-growing conglomerates, and it’s clear that the house goes from strength to strength largely because of the quick adjustments guided by circumstance that Sarah and her team make practically every day. Publishing in these times is tough, and foresight in both short and long views is essential to survival. The group switches strategy easily, from new books to old, from recent acquisitions to reissues of standards such as Margaret Atwood’s Survival, as well as the annual publication in book form of the CBC Massey Lectures.

“You have to be passionate about it,” Sarah said, and after 30 years in the business, she is as committed as she was in the beginning.

Sarah’s audience was delighted to hear that the current situation is nowhere near as bleak as we’ve thought, in fact the worst of the storm may be over. We’re living through evolution, not revolution, and we can be cautiously optimistic that there is room for many kinds of books in our lives, and what we’re been given is a wide range of choice.

This is excellent news, and after a lengthy question-and-answer session, we were able to leave feeling quietly confident about the presence of books in all guises, and also about the place and future of independent presses.

The Friends of the Library of McGill University gratefully wish Sarah MacLachlan and the House of Anansi Press continuing brilliant success, which will go on to contribute as much to Canadian Literature in the years ahead, as they have in the past.

To that end, yes, if you send them your manuscript, it will be read.

This lecture is sponsored by Don Walcot.