Home › Branch News › McGill at War: Commemorating the Centenary of the End of the First World War

McGill at War: Commemorating the Centenary of the End of the First World War

This exhibition commemorates the centenary of the armistice of November 11, 1918, which saw the end of a war which profoundly marked the bodies, minds, and spirits of those who experienced it, both in and out of uniform. 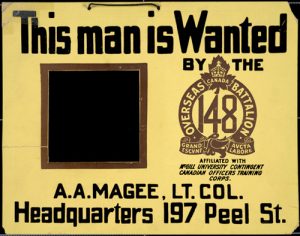 This WWI recruitment poster would have been mounted on a mirror, to reflect the faces of Montreal men. RBSC Canadian War Poster Collection, WP1.R32.F6

The First World War was a seismic event in Canadian history. The sense of adventure, patriotic pride and comic derision for the enemy seen at the beginning of the war was replaced by a much more somber mood as the reality of warfare on an industrial scale left its physical and emotional marks on the nation.

McGill’s role in the war is documented by items of some of the units made up of McGill men and women, such as the 148th Overseas Battalion and the Number Three Canadian General Hospital (McGill). Those who signed up in response to the jocular call “to be the next man to put the I in fight” discovered the physical and mental devastation that machine guns, gas, and artillery could do to them and their comrades. Dr. John McCrae, Chief of Medicine at the #3 CGH, captured both the horror and the patriotism that the war elicited in his poem “In Flanders Fields.” 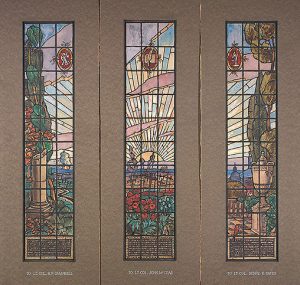 Out of the war came remembrance –attempts to enshrine the memory of those who fought, and especially those who died, in concrete ways. The red poppy made famous by McCrae’s poem was adopted as a universal symbol of remembrance that continues to this day. The University created memorials to its fallen, such as the stained glass windows in the Strathcona Building and the Blackader Library. The final case holds the McGill Book of Remembrance, which in biblical fashion records the names of those who died in uniform.

Exhibit accessible in the Rare Books and Special Collections & Archives reading room until December 6th during opening hours Monday to Friday from 10am to 6pm. 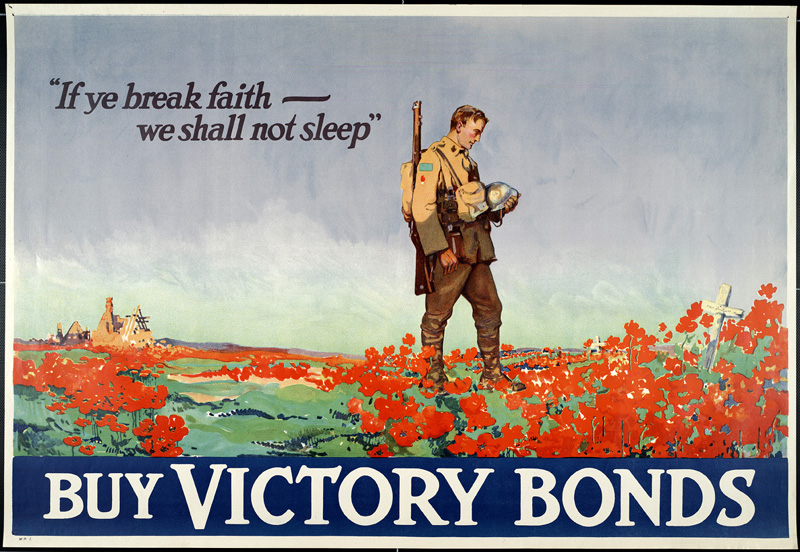