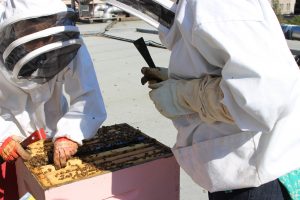 Science Literacy Week is a Canada-wide, week-long blitz of science-based activities from coast-to-coast. 2017 will mark McGill’s third year running of participation with events on both campuses geared towards the McGill community and general public of all ages. This year’s partners on campus are the Redpath Museum, Maude Abbott Medical Museum, Let’s Talk Science McGill, HackMcGill, and Graphos. Off-campus partners are Concordia University Library, Club Framboise, and Vitrine Technologie Éducation. Activities include an augmented reality workshop, visits to the Schulich Library beehives, an introduction to Open Science, a lecture on the Maude Abbott Museum and nightly screenings of science-related documentaries (popcorn included!). Check out this year’s schedule!

We caught up with April Colosimo, the librarian that set in motion McGill’s involvement in Science Literacy Week.

Library Matters (LM): How did some of these partnerships come about?

April Colosimo (AC): The original partnership with Science Literacy Week founder, Jesse Hildebrand, began a few years ago when I heard from a colleague about activities that were being held at the University of Toronto. Jesse was delighted to include us in the event, which is now Canada-wide with hundreds of activities scheduled this year from coast to coast. Each year, the Library forms new partnerships as we continue to be surprised by the generosity of campus and community groups and their passion for science outreach.

LM: What impact have you noticed from Science Literacy Week over the past couple of years? 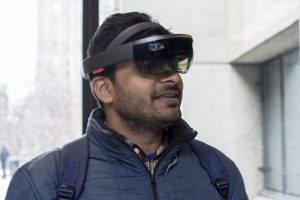 AC: From that first year that we participated in Science Literacy Week we have been building memories. We offered some McGill students their first opportunity to interact with different technologies, including virtual reality goggles, 3D printers and microcontrollers. I had the pleasure of touring a group of homeschoolers around the branch libraries and watched as they marveled at a phonograph, laserdisc and cassette tapes at the Marvin Duchow Music Library. I have also been among the community members moving from station to station and eagerly learning about honeybees from members of the Santropol Roulant Beekeeping Collective. This year we expect to continue to celebrate the wonders of science as we introduce a new augmented reality demonstration, and offer learn to code and Raspberry Pi workshops to name a few.

LM: Some of this year’s events touch on very current issues such as open science and science reporting. How does the selection process come about each year?

AC: We have a task force that (re)forms each year, made up of interested individuals from both inside and outside of the Library. It is absolutely on a volunteer basis, with everyone giving just as much energy as they can during this busy time of year. We all bring ideas to the table and feed off of each other’s enthusiasm. My co-leader, Rebecca Nicholson, and I follow-up on leads and meet with community members. The result is a calendar of events that we all want to attend. We hope that others are as excited about it as we are!

LM: We’re certainly excited! Thanks April and all the best for another successful year.

Follow along on social media with the hashtag #scilit17. 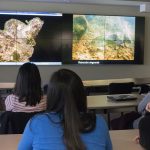 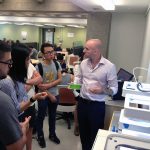 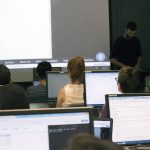 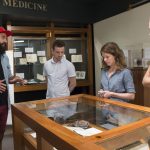