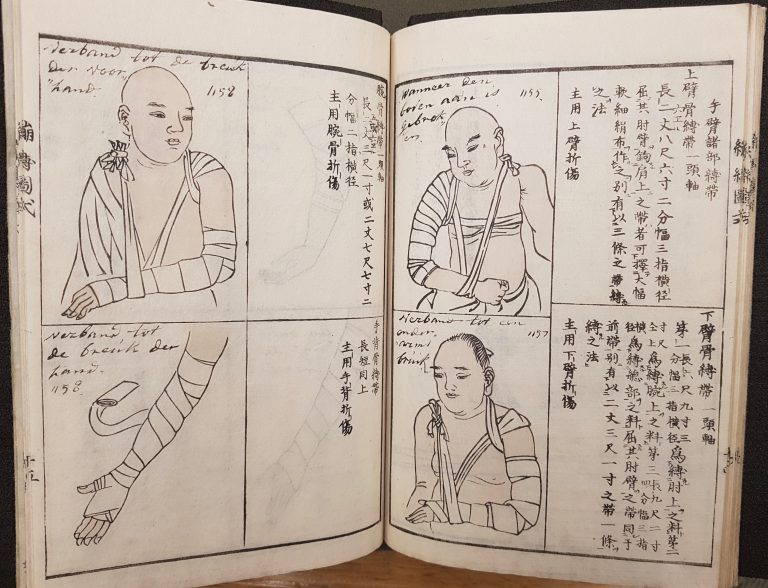 During the Edo period, from the mid-17th to the mid-19th century, Japan adopted an isolationist policy. At this time, the only Westerners allowed access to the country were the Dutch, who were permitted to trade from their outpost on the manmade island of Dejima, in Nagasaki Bay. Along with the trade of goods came the exchange of knowledge.

Among the books recently purchased for the Osler Library is one that provides a compelling visual representation of the influence of Dutch learned medicine in Japan. Together with the two-volume Japanese translation of Lorenz 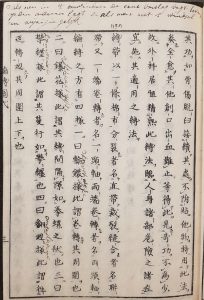 Dutch annotations within the Japanese text.

The illustrated edition contains fine woodcuts depicting various types of and techniques for bandaging. What is particularly remarkable is that this work contains annotations in both Dutch and Japanese, demonstrating the communication of surgical knowledge that took place in Dejima. The contents are practical, for instance depicting different types of bandage that can be employed to treat different wounds. The techniques for bandaging that are displayed include those for the face, the head, the limbs. Thus, the text demonstrates not only the sharing of knowledge between the Dutch and the Japanese, but also provides detailed information about surgical bandaging, much of which remains relevant today. 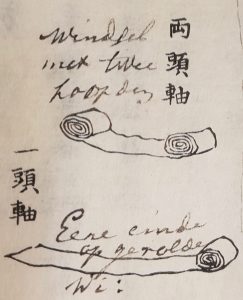 Detail of descriptions written in Dutch, accompanying the Japanese text. 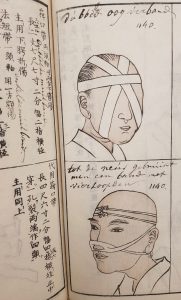 Tagged with: books, Osler Library of the History of Medicine, ROAAr